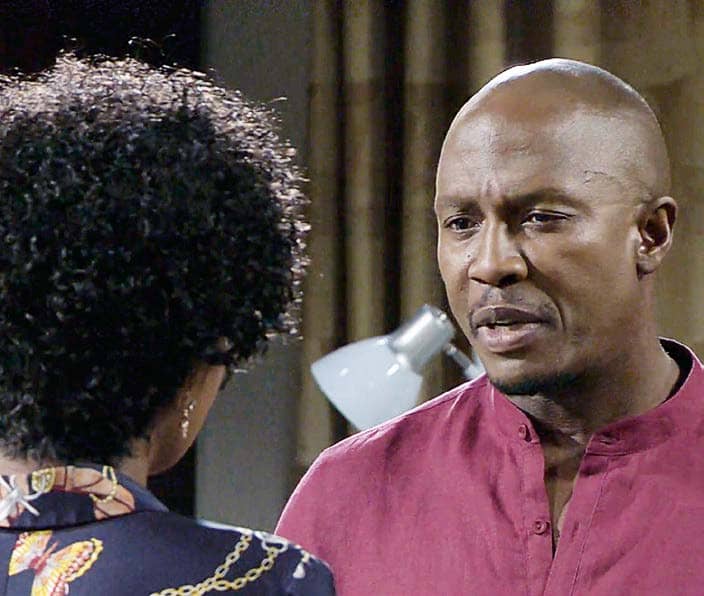 The arrival of her “work husband” places Boniswa’s relationship with her children in harm’s way – possibly forever.

We’re still shivering from the frosty reception that Boniswa (Lusanda Mbane) gave Loyiso (Lloyd Rathebe), the principal of her school, when he showed up on her doorstep during the first week of October. Now having her “work husband” in town threatens to expose one of Boniswa’s closely held secrets at a truly inconvenient time.

“She is already treading on thin ice with her children. They have already had so many revelations that she isn’t as great a woman as they have been thinking all their life,” admits Lusanda. “Up until this point, she has managed to convince them that everything that she has done has been to protect the family. But one more secret could ruin everything. And there is nothing that she did in terms of this secret that was to protect the family. She probably would not be able to reconnect with her kids again, because even now they are just tolerating her because she is their mother. So to learn that she was unfaithful to their father Siseko (Hlomla Dandala) when he was still alive, I don’t think that their mother-children relationships would ever return to normal.”