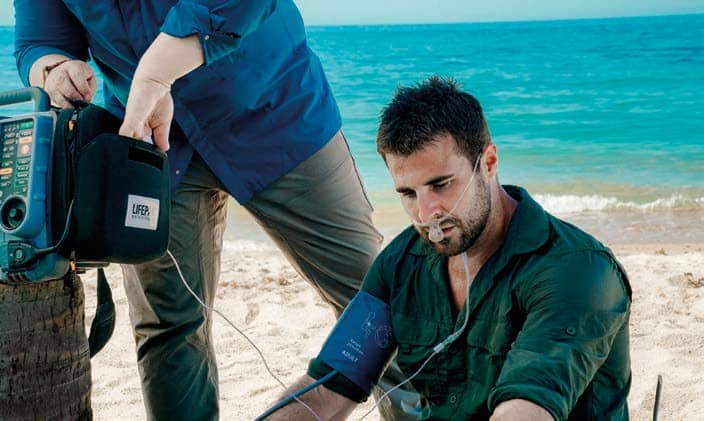 Two nature lovers provoke 22 angry animals into attacking them, including wasps, pythons and piranhas, to measure humans’ 30 points of pain.

There’s a certain absurd, stunt-show entertainment value in watching two grown men screaming and crying in pain that brings to mind series like Jackass (2000-2002). But wildlife biologist Adam Thorn and his animal handler partner-in-pain “Caveman” Rob had a more serious agenda, travelling the world provoking animals into attacking them for their new nature doccie Kings Of Pain (2019) – it’s all in the name of science.

They were looking to supplement entomologist Justin Schmidt’s sting pain index from his book The Sting Of The Wild (2016 – based on his research papers on the relative pain caused by insect stings, spanning from 1983). “The numbers we came up with broadened the original index that Justin created,” explains Adam. “He only had intensity. We’ve got intensity, duration, damage. And there’s a scale of 10 in each category – so if you get anywhere near the 30 mark, you pretty much feel like you’re dead. Anything past 30? You probably are dead.” So… we guess you have questions for Adam?

What protocols did you have in place to make sure that this was scientific?