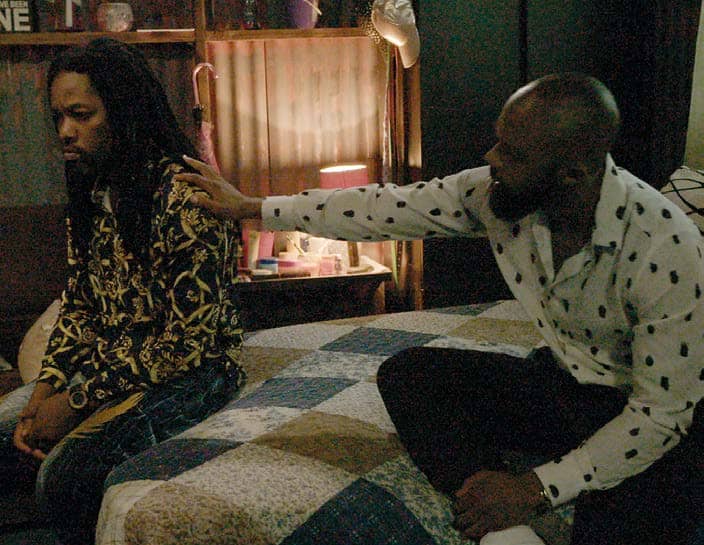 KwaMashu newcomer Mpume thinks that Sbu is the bee’s knees – but what’s the truth about this attraction?

Coming off his role as rich, manipulative and violently abusive Tebogo in The Queen (2016-now) in 2018, actor Fezile Makhanya is looking to challenge audience’s perceptions of who he is. And in his new Uzalo role, he believes that he has found the perfect eye-opener. “I’m more than what I played in The Queen with my character Tebogo. I was an abusive man, I was the abuser in the relationship, really. And now everyone pretty much knows me for that. I suppose that’s the role that solidified my acting career. So when this role came about, I thought that it was such a great opportunity to erase in people’s memories of the kind of character I played previously. And this is really going to be a shocker.”

Well, he could be right. Because when his new character Mpume started striking sparks with KwaMashu gambler, crook and absurdly bad boyfriend Sbu (Simphiwe Majozi) in mid February, we were shook. What exactly would this smartly dressed go-getter see in Sbu – the kind of guy who occasionally mockingly gets called “rasta” on the street by people who’re implying that he doesn’t bathe often enough?

“He is very different from my previous roles. Without giving too much away, Mpume is a complicated human being. He has… different tastes in life,” hints the actor. “What I am trying to bring with Mpume is something that is unique – especially on SABC1. It’s a level of complexity and ambiguity, a bit of the risqué, a bit of the kasi (“hood”) feel. I know that it doesn’t make a lot of sense, but I am trying not to spoil exactly what is going to happen.