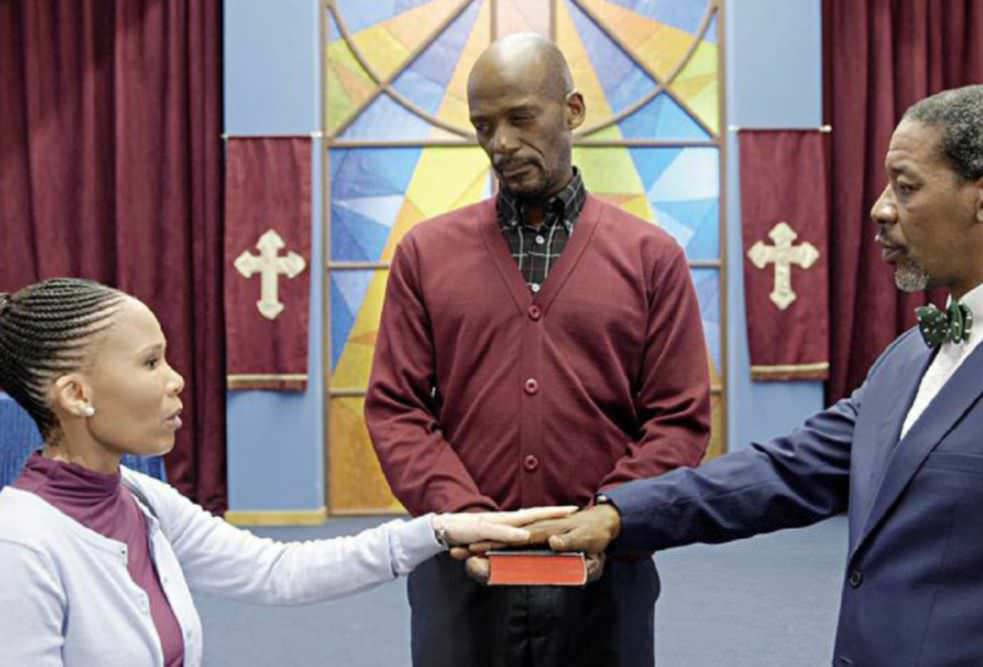 The pastor’s wife’s secret affair is exposed in front of God and everybody in the congregation.

Uzalo viewers will be glued to their seats for the last two months of Leleti Khumalo playing pastor’s wife MaNzuza. Leleti won’t be back when season 4 starts on Monday 5 February 2018, having announced in October that she was leaving Uzalo. But this fortnight, so much humiliation is heaped on MaNzuza’s head that she will want to vanish in a wink. And it all happens before God and the congregation! Leleti was taking a little breather before she was set to film her final scenes in the first week of December when she spoke to tvplus via telephone from KwaZulu-Natal to reveal what was in store…

On Friday 29 December, Pastor Mdletshe (Glen Gabela) calls his wife and his former bestie Advocate Zulu (Luthuli Dlamini) to meet him at the church. And before an audience of one – Almighty God – to vow that they have put their affair behind them. “That scene was deep,” Leleti says with quiet intensity. “MaNzuza knows that Pastor Mdletshe is aware of what’s going on. It’s an embarrassment on another level. She vowed she would not let it happen again. Now she must swear that there is nothing going on and she knows that there is a lot going on! It’s not like they are going to stand there and say to each other, ‘That’s it, it’s finished.’ She knows that she loves this man and she isn’t going to stop. So that scene is so deep and so tense. It’s too much.”