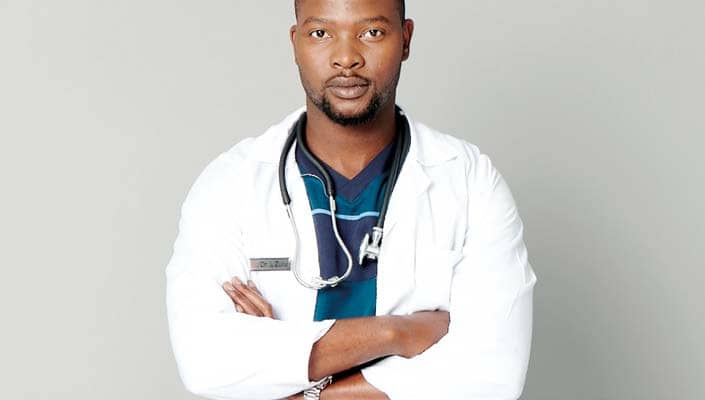 Actor Mike Ndlangamandla tells us more about his character Lindelani’s trauma after two patients die on his watch.

As surgeons go, Lindelani Zulu (Mike Ndlangamandla) is one of the best doctors at Durban Gen hospital. Usually, the widower copes well under pressure. He pays attention to detail and he’s always engaged. But in the three weeks since the medical telenovela started airing, two patients have died under his care, which takes a toll on his work life this fortnight. “He isn’t coping,” says Mike. “It increasingly becomes difficult for Lindelani to focus and carry out his tasks at the hospital and his mind constantly drifts away,” adds the actor.

While this isn’t the first time that Lindelani has experienced death at the medical care facility, losing both patients within a short period triggers past hurts and he is reminded of his wife’s offscreen passing years before. “It’s been five years since his wife died but Lindelani is still mourning. As the weeks unfold, we will see him cracking and his grief will get the better of him,” says Mike, whose character needs to stay focused as his work is literally a matter of life or death.

Does Lindelani seek professional help for his trauma?