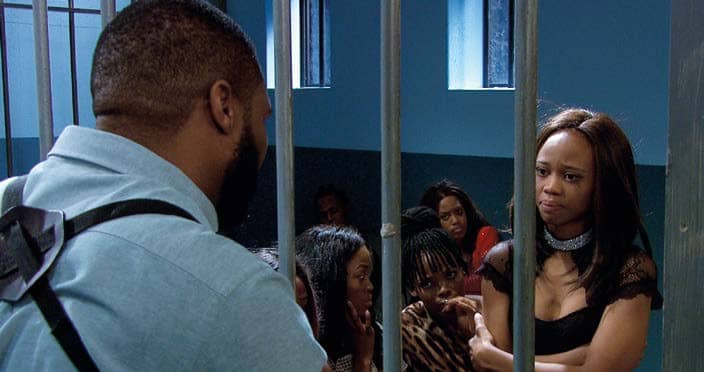 Palesa’s life is in ruins when a damaging newspaper article hits the streets.

Palesa’s (Busisiwe Xaba) world is crashing before her eyes and there is nothing much she can do to save it. She thought that she’d put the past behind her following her recent arrest as an illegal sex worker, but the story makes front-page of a local newspaper this fortnight. “Palesa’s name is everywhere. The article goes viral and she is ashamed,” says Busisiwe. As if that isn’t enough, she’s suspended from her job at Mrekza’s (Kope Magae) Lounge for bringing unwanted attention. And now she’s terrified that the Morokas will let her go too as their domestic after they’re named for having a prostitute in their employ. “Palesa is afraid that she’ll be jobless,” adds the actress. But Palesa isn’t afforded the luxury of wallowing in her emotions or hiding from the world. She fights to clear her name and keep her job.