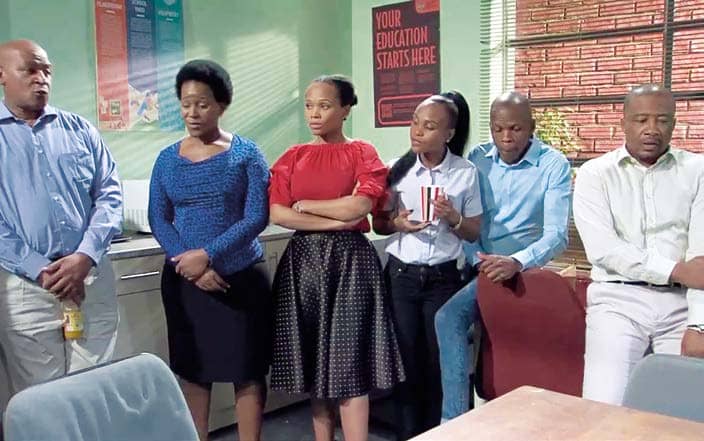 Captain Malebana leads the search for the missing Kelebogile while the Turfloop community prays for her safety, and Pretty and Kat aren’t seeing eye-to-eye on things. A local loan shark is dragged into the police station for questioning, and Turfloop High deputy principal Alfred might be celebrating his rival Mr Manaka’s demise too soon.

Kwaito wants his sister Pretty to dump his best friend Katlego, and new clues lead Mr Manaka to the man trying to destroy his career and reputation. The police investigation into the disappearance of Kelebogile takes a worrying new turn. Representatives from the Department Of Education arrive to deal with the high school’s case against Mr Manaka, and Katlego and Pretty’s date night could result in their relationship ending. Sthoko has returned to Turfloop and she is taking the bull by the horns with Mr Manaka’s legal case, and Principal Thobakgale is in the Department Of Education’s firing line. Kat and Pretty later try to put their date in the past and fix things.