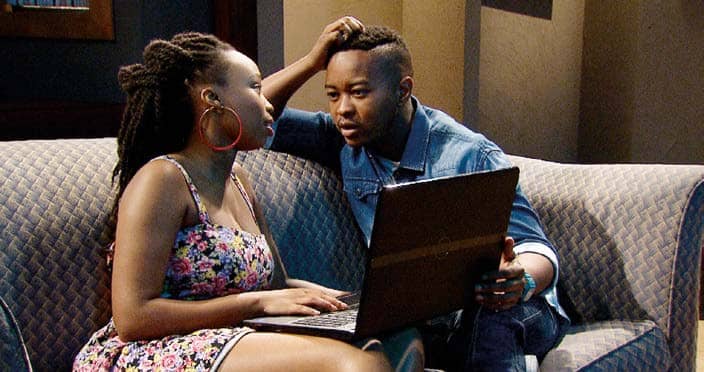 Lerato is leaving her loved ones behind for the opportunity of a lifetime in Cape Town.

Just as Lerato (Candice Modiselle) is rekindling things with her ex-boy friend Mpho (Junior Singo), she gets offered an internship in Cape Town. “She is in an emotional tug-of-war,” says Candice. For starters, the internship is everything that Lerato has ever dreamt of: she’ll learn more about the world of politics and will get a steady income during her gap year. But she is scared of the unknown. “Lerato is terrified of leaving the great relationships that she’s established in Johannesburg. What will become of her and Mpho? She’s also frightened of a city without friends or family,” adds Candice.

But after extensive thought, Lerato realizes that she can’t say no and she accepts the internship, leave Johannesburg indefinitely. “She writes Mpho a letter as she doesn’t have the courage to dump him face-to-face. She’s going to miss everyone,” reveals the actress.