Going On The Run 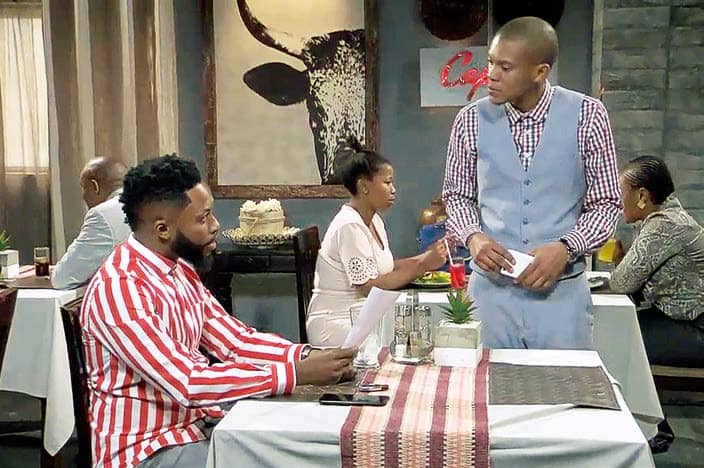 If you’re wondering why Uzalo’s (2014-now) Mxolisi (Nay Maps) is walking around the streets of Turfloop, don’t stress: you’re watching the right soapie. The fugitive arrives in the world of Skeem Saam to stir commotion this month. “He is still the same Mxolisi that viewers fell in love with on Uzalo. But trouble keeps following him wherever he lands and it isn’t going to be any different in Turf,” says Nay.

Mxolisi has been slipping through the cracks and hiding from the police after he accidentally shot his biological mother MaNzuza’s (Leleti Khumalo) dead in February 2018. He was arrested for murder but his former best friend Mastermind (TK Dlamini) helped Mxolisi escape prison and start afresh in Mozambique in December 2018. That seemed like it was the end of Mxolisi but “he has been hopping from one city to another, trying not to get caught. Turfloop is the perfect place for the gangster to figure out his next move because no one knows him here… or so he thinks,” teases Nay.