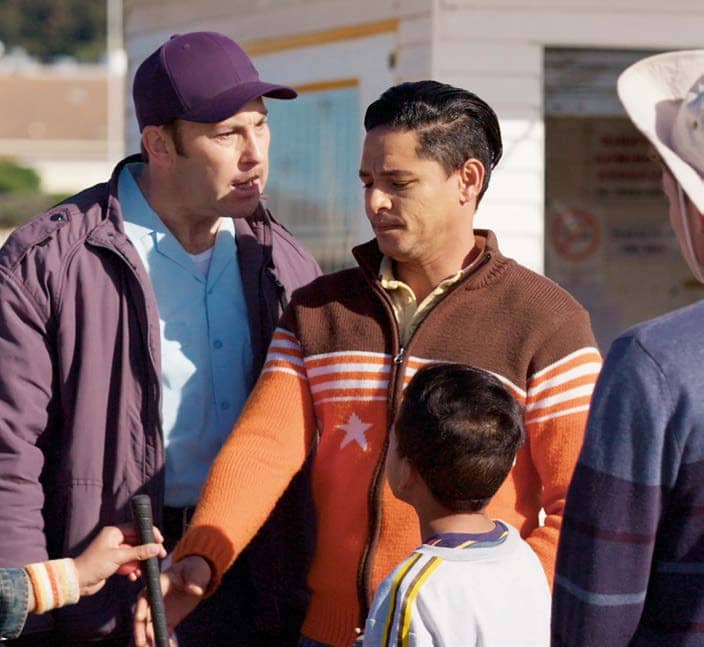 The Riviera creator-narrator Quanita Adams talks about how the series gets personal.

Every Wednesday night a phone belonging to The Riviera (2020) creator and narrator – actress, writer and comedian Quanita Adams – blows up with messages. “My family love it. There are WhatsApps, there are voice notes, there are little videos of people in hysterics,” she says. “There are some really specific references that my family love when they see it playing out in the episodes. They recognise things that my parents would say to each other, or little references to specific people. I recently got a message from the sister of someone who was in my class when I was at school. She is currently in the UK and she recognised the name of the woman who used to pick kids up in our area and then drive them to school 30 minutes away! That blew me away, from half a world away”

In writing The Riviera, Quanita was inspired by comedies like The Wonder Years (1988-1993) with Fred Savage, which was focussed on a tween boy’s coming of age in the late ’60s at the time of the Vietnam War, as well as Everybody Hates Chris (2005-2009), which was comedian Chris Rock’s take on growing up in 1980s New York during the US’s War On Drugs. Both shows feature older narrators contextualising political events and nuanced adult moments that might have gone over their younger selves’ heads. So aside from being a coming of age story based on Quanita’s own experiences as a 12- or-13-year-old girl from a mixed race, mixed faith family growing up on the Cape Flats during the 1980s, The Riviera is also South Africa’s coming of age story during the difficult years under the apartheid law. And an episode airing this fortnight will reveal what that could mean on a painfully personal level.