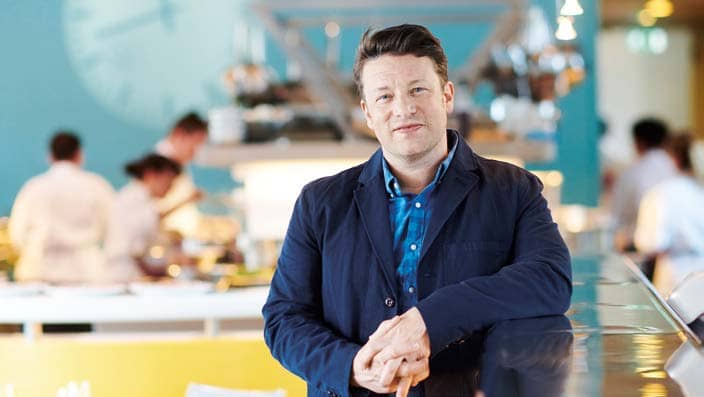 Jamie Oliver looks back over 20 years of TV fame and his first chop on The Naked Chef.

2019 marks the 20th anniversary of celebrity chef Jamie Oliver’s debut in his first-ever cooking show The Naked Chef (1999-2001). Since then he has gone on to world domination, with everything from cookbooks (26 titles so far), to TV shows (37 separate titles and counting), to kitchenware, to his own ranges of spices, to restaurant franchises and training programs and more, more, more. He also got married to Juliette “Jools” Norton in 2000 and had five children with outlandish names between 2002 and 2016. And he’s done a heap of charity work too.

Since you can’t lift a lid without 44-year-old Jamie’s face bobbing up at you from a stew of entertainment, it’s sometimes fun to take potshots at this “lovely jubbly” chef. But there’s no denying what an enormous change he made to viewers' attitudes to splashing some olive oil about, relaxing and having a good time in the kitchen.