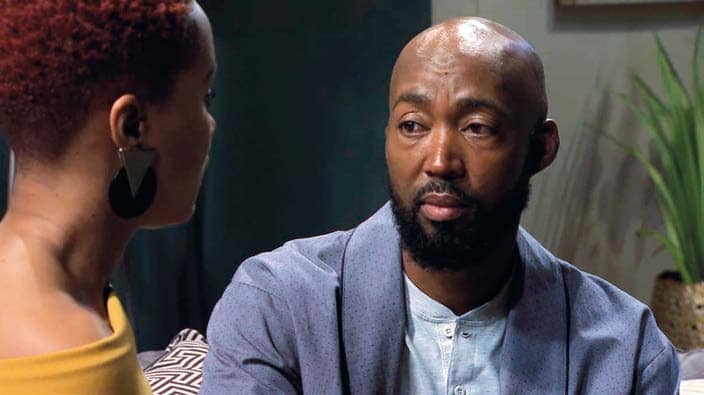 Moliehi has the last laugh from beyond the grave as James and Marang’s engagement teeters on the brink of collapse.

Ever since James (Dingaan Mokebe) filed for divorce from Moliehi (Vatiswa Ndara) back in February, she had one mission: to destroy him. After all, the successful businesswoman was replaced by her “simple” PA Marang (Sharon Seno). Moli tried to take down her ex by hiring a skilled hitman to shoot her in the head at the engagement party in an attempt to frame a disgruntled James for wanting her out of the way. Not done, Moliehi faked her own death and organised a funeral at the end of September too.

Never count out a scorned woman – Moli is seemingly getting her wish from the afterlife as things between James and Marang become unhinged. “They are stressed and Marang begins to notice that her fiancé isn’t there for her when she needs him, so she suspects that their engagement is heading for splitsville,” says Sharon.