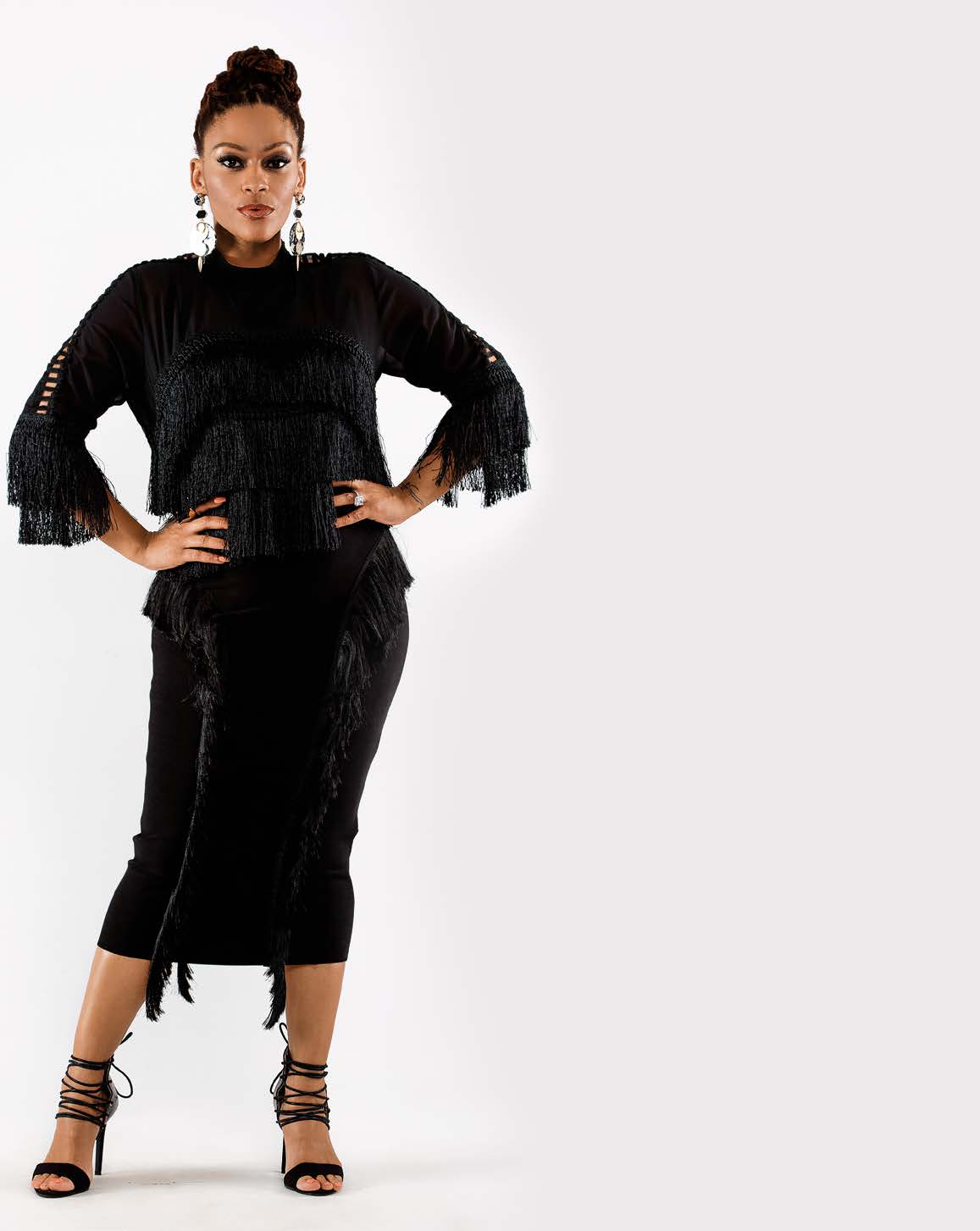 Gadaffiand Jack are in for the shock of their lives when Tshidi makes her dramatic return to town!

No need to get your eyes tested, Gadaffi(Vuyo Dabula)! You’re definitely not imagining things. Your believed-to-be-dead wife Tshidi (Letoya Makhene) is back in the flesh, very much alive, and she’s eager to put evil-to-the-core Jack (Vusi Kunene) in his place. Hopefully, for good. That’s right! Tshidi is back and we couldn’t be more excited. Back in April 2019, when it was first revealed Letoya was leaving the soapie, viewers were heartbroken. But it was clear back then that we hadn’t seen the last of headstrong Tshidi. “This is not goodbye,” Letoya told tvplus at the time. “It’s just ‘see you later.’”

Tshidi’s been laying low for the past year in Mozambique (and possibly Botswana – Letoya won’t give too much way), hoping to get a controlling Jack off her back. When she discovered in April last year that she was expecting Jack’s son after a shocking revenge-sex hook-up, Tshidi’s world fell to pieces. With her hubby Gadaffiunable to come to terms with her illegitimate child – with his enemy no less – Tshidi found herself moving in with Jack and his furiously jealous girlfriend Zitha (Zoe Mthiyane). But it was destined to be a nightmare for Tshidi.

Soon after Jack learnt that he was going to be a dad again, he became obsessive and controlling, urging Tshidi to stay under his roof where he could keep an eye on his son once he was born. Tshidi, being the determined careerwomen she is, wasn’t interested in becoming Jack’s obedient housewife and it didn’t take long for her to realise that she had to move out as soon as she could.