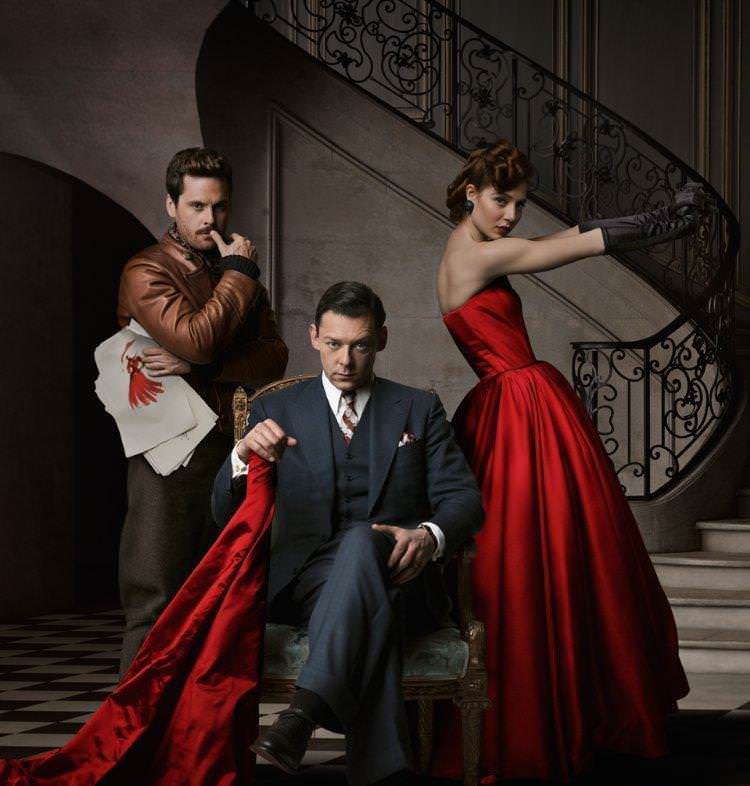 The launch of fashion designer Christian Dior’s lavish “New Look” in February 1947 caused mouth-frothing outrage in bleak, post World War II Paris. In October 1947, photographer Walter Carone captured the moment when poor, furious women on the Rue Lepic tore the extravagant new Dior dress from a young woman’s body in protest about the “wasteful” use of fabric. This reallife moment is the inspiration behind a similar scene in episode 2 of high-fashion period drama The Collection (2016) on Sunday 9 April. And while the series amps up the drama with murder, secret Nazi collaborations, business intrigue and family shockers, it’s really an exquisite treat for anyone with even a passing interest in Post-War fashion, thanks to the incredible work of French costume designer Chattoune & Fab.