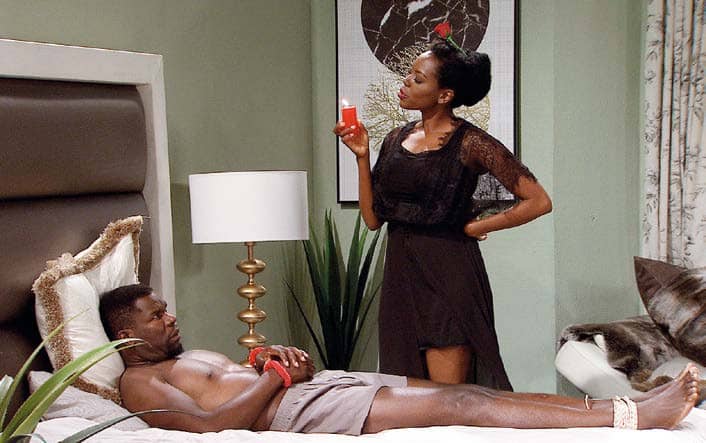 Death, mayhem, assassination plots, affairs and a witch hunt – it’s all in a year’s work.

It was a wild rollercoaster ride for Muvhango this year with some truly heinous crimes being committed and revenge plots that blew up spectacularly. Characters had their lives turned upside down, families were torn apart and the royals was left licking their wounds on more than one occasion.

Thathe’s Chief Azwindini (Gabriel Temudzani) was shaken to his core in January when his first-born Mulondo (Ndamulelo Mbuwe) was killed in a botched murder. Tenda’s (Nat Ramabulana) brother Tshamano (also played by Nat) was released from prison early and got the lowdown on what had been happening while he was in prison – like Azwindini sleeping with Tenda’s wife Livu (Anzani Tshivhase). Thinking that he could help Tenda, Tshamano plotted to kill the chief but instead shot The Great Warthog Of Luonde (Mulondo’s royal title) mid January.