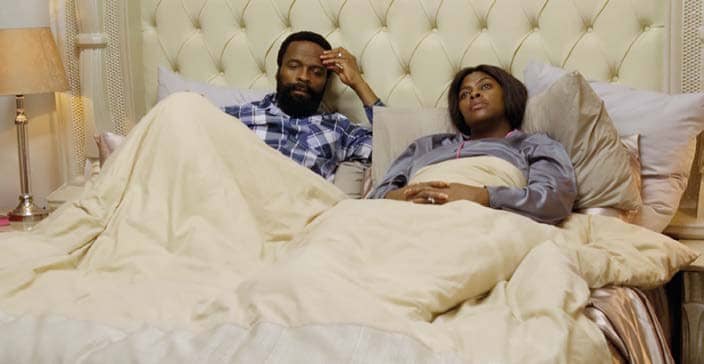 Khathaza is torn between his duty to his bloodline and his own heart after he uncovers MaNgcobo’s deadly secret.

When Khathaza Khanyile (Sibonile Ngubane) arrived in KwaMashu with his sister Fihliwe (Phumzile Mlangeni) in April this year, he had a clear mission: destroy Nkunzi (Masoja Msiza) from the ground up as revenge for the offscreen murder of his mother and his brother Steleka (Mduduzi Mnguni). Khathaza started off by making Nkunzi’s wife MaNgcobo (Dawn Thandeka King) his in June.

But on Tuesday 22 October, after the devoted couple took up arms to fight off Nkunzi and his thugs, MaNgcobo casually boasted that she had killed “so many people” and named Steleka as one of her victims – clearly unaware of his connection to Khathaza. “And he is like ‘What? Uhh…’” says Sibonile, laughing. “He feels conflicted because he loves this woman very much. To find out like that, that she killed his brother, it drives him mad.” This fortnight is fallout time and Khathaza is practically pulling his beard out in agony.