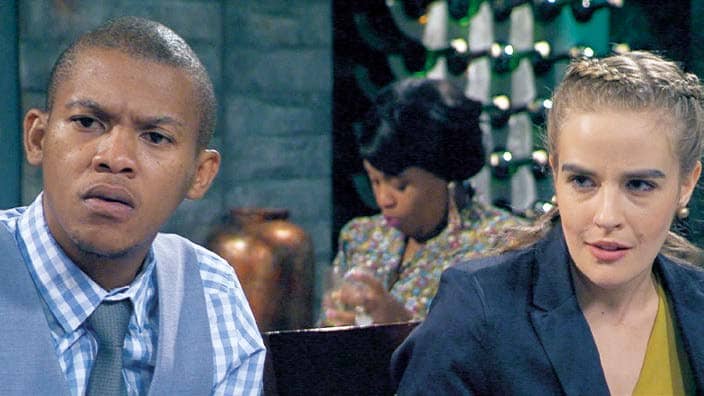 All’s fair in love and war: Kat left two-faced Candice for Pretty, while Rachel and Marothi married in 2019 even after he was the prime suspect in his wife’s murder mystery.

Business-partner lovers Katlego and Candice (Patrick Seleka and Liza van Deventer) graduated from culinary school and they were running their own restaurant Capsy’s when the year took off. It was a milestone for them. But in January they discovered that their investor Lehasa (Cedric Fourie) manipulated them into signing a crooked contract – he didn’t need to sell them the property as they’d planned but he could instead keep extending their lease, leaving the pair trapped under his thumb. But instead of distancing herself from Lehasa, Candice conspired with him to buy Kat out of the restaurant too. Kat fought to keep his share of the business and dumped Candice shortly after, making them nothing more than business partners. But while he’s moved on and he is dating Pretty (Lerato Marabe) now, Candice still has feelings for Kat.