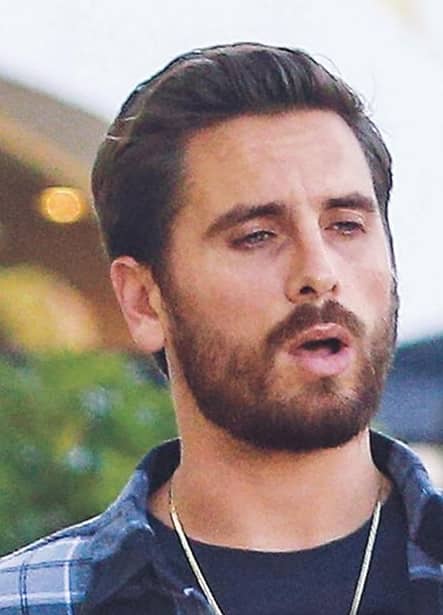 FRIENDS FEAR FOR SCOTT DISICK AFTER HE’S CAUGHT PARTYING IN FRONT OF HIS KIDS.

HE’S punched a mirror while inebriated, kicked in a door and memorably shoved bills into a waiter’s mouth as his horrified family — and TV cameras — watched. But five-time rehab vet Scott Disick may recently have sunk to a new low. A source tells Star that, within the past few weeks, the 37-year-old was indulging at a gathering in L.A. — in front of his kids! The source confirms that the reality star was at a private L.A. house with Mason, 10, Penelope, 8 and 5-year-old Reign, his children with ex Kourtney Kardashian.

“He was partying with a few friends while he was looking after the kids,” the eyewitness says. “It was in the daytime.”The following morning, adds the source, “He looked like crap and was acting sketchy.”