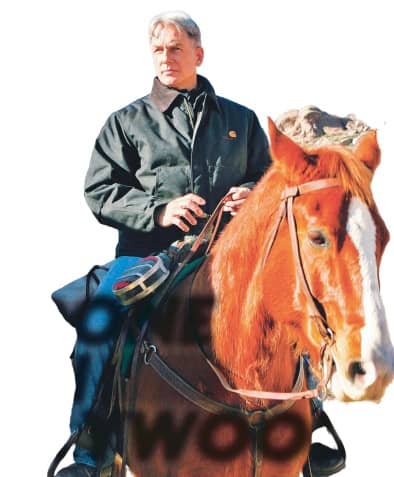 HE’S HAD A WILD RIDE ON ONE OF TV’S MOST POPULAR SHOWS. NOW, SOURCES SAY, MARK MAY FINALLY BE READY TO HEAD INTO THE SUNSET.

FOR 17 years, Mark Harmon has starred as Navy investigator Leroy Jethro Gibbs — and won legions of loyal fans — on the CBS ratings powerhouse NCIS, but he’s never been comfortable with fame. The fiercely private actor has long shunned the limelight, preferring to putter around in his carpentry workshop or, even better, escape to his Montana ranch with wife Pam Dawber. “It’s not even a choice. It’s who we are,” he explained. “We stay home. A lot.”

Now, after more than four decades in the spotlight, Mark, 68, maybe ready to retreat from Hollywood for good. “He’s tired of the traffic and the crowds,” an insider dishes to Star. And the wide-open spaces of Big Sky Country, it seems, are where his heart lies. “He loves being surrounded by nature and seeing the stars at night. It’s getting to the point where he just wants to be on the ranch.”