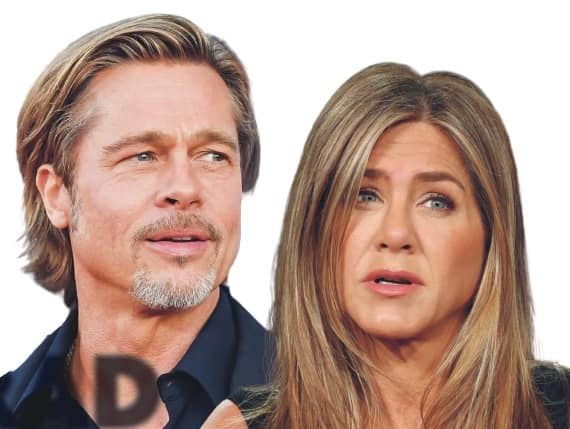 AFTER REUNITING DURING LOCKDOWN, THE ONETIME GOLDEN COUPLE ARE OVER AS BRAD PITT GIVES JENNIFER ANISTON HER WALKING PAPERS.

YOU can’t blame a girl for trying. Fifteen years after her then-husband Brad Pitt abruptly left her for his sexy Mr. & Mrs. Smith costar, Angelina Jolie, Jennifer Aniston was having the last laugh. Single and the toast of awards season, a flirty Brad had reopened the door on their relationship — and Jen, a die-hard romantic, was eager to give their love another shot. “She really wanted that one last chance to see if they could make it work,” says a source.

But the do-over wasn’t meant to be. Insiders tell Star exclusively that after spending time together during quarantine, Brad, 56, is pumping the brakes, leaving Jen reeling once again — on the eve of what would have been their 20th wedding anniversary! “Brad adores Jen, but he’s at a stage in his life where he’s really turned off by neediness,” a source says. And when the fun, no-strings reunion got too serious too soon for Brad’s liking, sources say, he told the 51-year-old Morning Show actress he was sorry but he had to walk away. “He’s over the intensity and just feels like things aren’t flowing the way they need to for their affair to really blossom.”