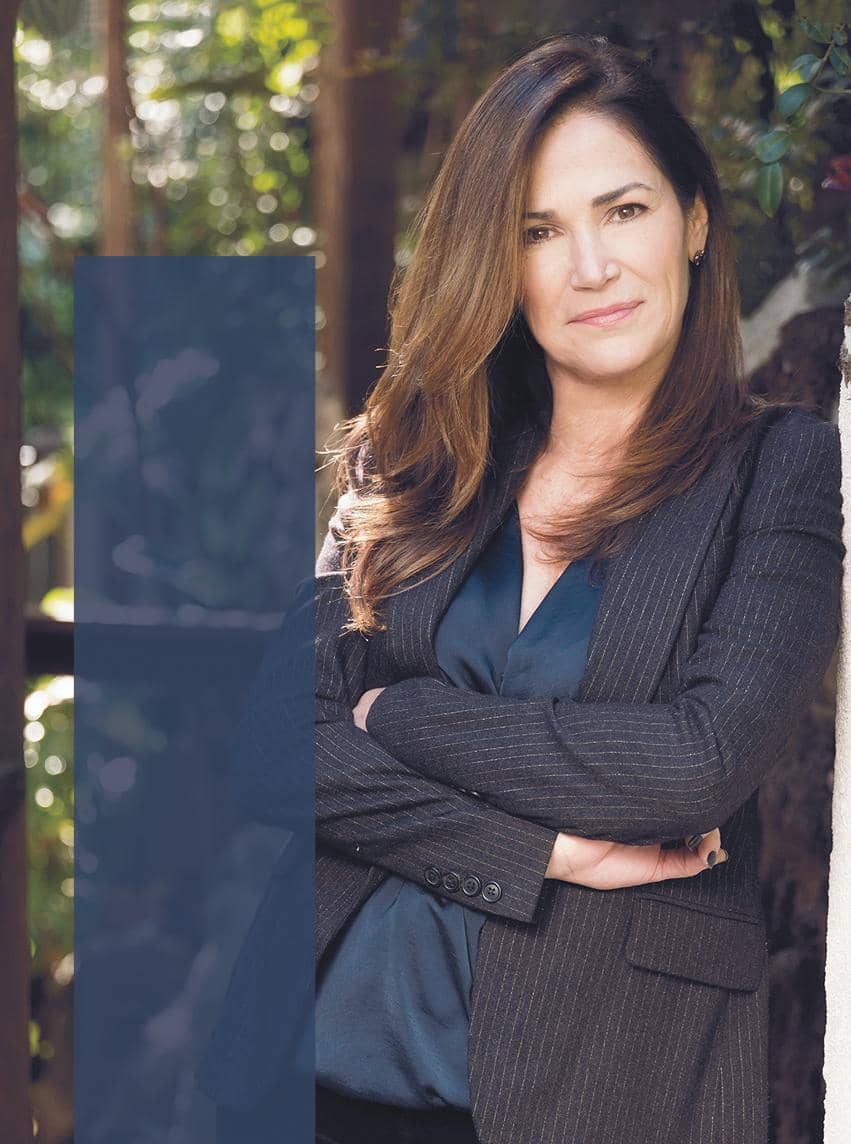 Nearly 40 Years After Launching Her Career On ALL MY CHILDREN, Kim Delaney Finds New Daytime Life On GH.

Moore To The Story: While she has never met her predecessor as Jackie, Demi Moore, “There was a time when we knew the same people, like Emilio [Estevez] and Rob Lowe. We were around the same circles.”

Knight Life: “Michael kept us laughing all the time,” recalls Delaney of her ALL MY CHILDREN brother, Michael E. Knight (ex-Tad), who now plays GH’s Martin. “I can’t wait until they put us in a scene!”

Victory Rap: Delaney describes her 1997 Emmy win for Outstanding Supporting Actress in a Drama Series for her NYPD BLUE work as “so surreal! I was shaking. I had curly hair and I think my curls were shaking!”

Off The Clock: In her free time, “I do Pilates and my friends and I will go out and bike ride.” During quarantine, she also spent time writing. “I don’t call myself a writer — not yet! — but I’m writing some stuff.”

Self Reflection: In Delaney’s estimation, Jackie “is supersmart, maybe a little too loyal. I love that she’s a mom now because there’s a whole other dynamic that comes out of being a mom; you just learn different lessons, and I can start bringing those to the screen. And she’s strong! She doesn’t pull punches.”

Many little girls dream of becoming a star — but Kim Delaney was not one of them. Raised in an Irish-Catholic family of five (she was the only girl) in a suburb of Philadelphia, Hollywood wasn’t on her radar at all. “Our house was football, football, football,” she recalls. “On Sundays, you’d go to church, then come home and it was Sinatra and football. So, how I got into acting, I have no clue!”

Her path toward stardom began toward the end of high school. “I didn’t want to go to college,” she explains. “My father,” the head of a United Auto Workers local, “didn’t go to college, so his ideal was for all of his children to go to college, and all my brothers did. I was a good student, I just didn’t want to do it!” Through some friends, she came to the attention of a local modeling agency, who encouraged her to go to New York.

There, she was signed to the prestigious Elite agency, which represented a who’s-who of rising models of the time (Patti Hansen, Julianne Phillips, Andie MacDowell). Delaney’s modeling career took off like a shot, landing her on the covers of Seventeen and Glamour — but, as she puts it mildly, “It evolved very quickly in a year.” That’s because a talent agent Delaney was friendly with, who worked out of the Elite office to spot models with the potential to do commercials, saw just that potential in her. “She said to me, ‘I think you need to take acting lessons. I think that’s the road for you.’ ”