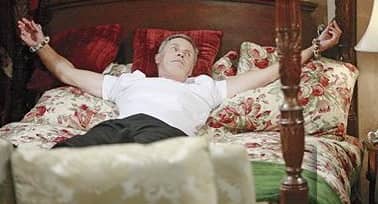 Chance meets with Devon and reveals that he never hired Amanda or gave Cane the pages purported to be from Katherine’s will. Devon realizes that he gave Cane half of his estate based on a fraud. Chance suspects Amanda or Cane may have been involved in the scam. Devon later demands answers from Cane, but he claims he’s innocent. Devon doesn’t believe him. Meanwhile, Chance learns that Jill is headed to the Maldives in search of Colin. Chance also books a flight but doesn’t tell his grandmother. Cane offers to come along but Chance says no.

Since Amanda’s reputation is in question, Elena advises Nate to fire the lawyer from his case but he decides to give her the benefit of the doubt.

Victor shows up at the meeting with the medical board and testifies on Nate’s behalf. Later, Nate is thrilled to learn that his license won’t be revoked.