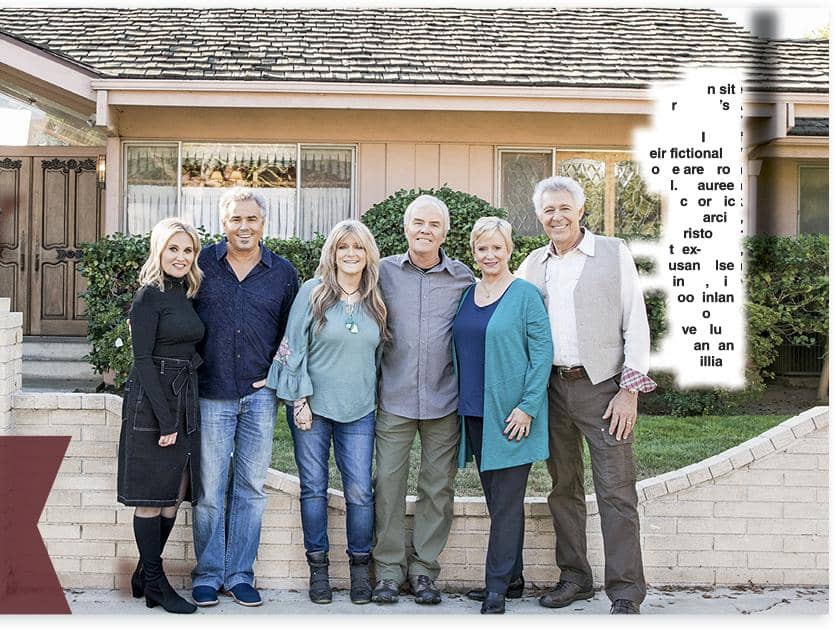 The surviving cast of the Brady Bunch have reunited for HGTV’s a very Brady Renovation, premiering on September 9. Five of the six brady kids have also done soaps. Here, the gang looks back on their daytime days.

Maureen McCormick (exRebecca, PASSIONS, 2000) Next year will be 20 years since you visited Harmony. “Wow! Thank you for telling me because I had no idea.”

You only did 10 episodes. Why didn’t you stick around? “It’s funny. Sometimes you say, ‘No,’ and after you’re like, ‘Should I have stayed?’ But in my heart at the time, I thought this character seemed to be stuck in the same place, and I wanted to do new things with her. With the pacing of the show, sometimes a day would last for a week or a month — or two! That was frustrating because as an actor, you want to keep trying new things. But I have to say that everyone on the show was really lovely — and the girl who played my daughter [Liza Huber, ex-Gwen] was Susan Lucci’s [ex-Erica, ALL MY CHILDREN] daughter! I was really honored to be playing her mother, and she was so down-to-earth, which I really admired — and I met Susan She was a lovely lady and so sweet.”

Rebecca was quite a character. “She was. I like wacky and I like crazy. That’s the fun stuff to play.”

Would you ever do another soap? “I’ll never say no to anything. I like to read a script and think, ‘Can I give my all to this and can I do it well?’ ”

You declined to do THE BRADYS, which was very soapy. “I totally agree. It was like a soap opera.”

What influenced your decision? “Honestly, I read the script and I wasn’t excited about the direction they were going in. At the time, I was in development with Blake Edwards and his television company. We were working on something that didn’t happen but in the end, I have to say, I felt right about my choice. I love our show and I care about its legacy.”