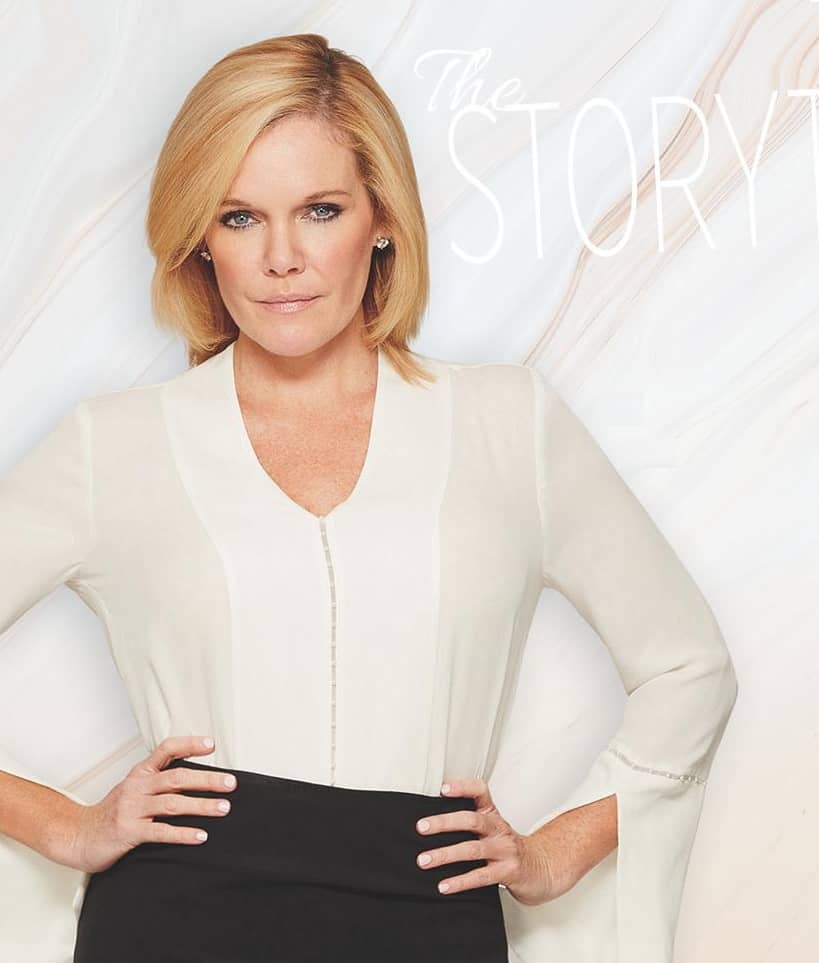 It’s been a rough couple of months for Ava Jerome. Her firstborn, Kiki, was murdered on Thanksgiving by back-from-the-dead serial killer Ryan Chamberlain, who, posing as his twin brother, Kevin Collins, then romanced an unwitting Ava nearly all the way to the altar before being presumed dead (again). As Ava reels from the fallout, Maura West shares her thoughts on the twisted tale.

Soap Opera Digest: What was your reaction when you found out that Ava was going to get involved with Ryan?

Maura West: I thought it was awesome! I think it’s great drama, great television. Jon Lindstrom [Ryan/Kevin] and I have worked together in the past [as Carly and Craig on AS THE WORLD TURNS] and I was excited about going to work and working with him frequently. And then, of course, being in a story where Genie Francis [Laura] is involved? Who wouldn’t want to do that? A story like this is what soaps are made of, I think. I love it. I get it, I buy it, I believe it, and I am thrilled that I got to play this story, for sure.

West: I have heard these bits and pieces of [people saying], “Ava brought this on herself, she wanted Kiki dead.” What?! That is absolutely just nonsense, preposterous — nothing is true about that. This woman did not want anything bad to happen to her daughter. Yes, Ava had those sessions with “Kevin” early on, when they first met, where she said, “I just can’t get over these feelings of wanting revenge.” All very human stuff. Heightened, of course, because Ava’s very heightened, this genre’s very heightened. But let’s go into everyone’s private sessions with their psychiatrists! We’d hear some real doozies, right? But thoughts are just thoughts, thoughts aren’t deeds. Digest: I thought it was obvious that Ryan killed Kiki because he totally misread what Ava wanted.

West: Yes. Ryan, the well-intentioned serial killer. What he did for love! It’s quite beautiful, really [laughs].

Digest: Yeah, Ryan and Ava could have been a real storybook romance were it not for all that murdering!

West: I agree, because it really boils down to the fact that someone was treating her well. It sounds funny, but it’s true: If we remove that stuff, he really does adore her, and she is so willing and ready and desperate for that sort of affection that she’s all in. Of course, the audience knows the reality here, knows the truth, but Ava didn’t; Ava doesn’t watch GENERAL HOSPITAL! And just playing her, to have someone care about her was very enjoyable for me.

Digest: I really felt bad for Ava, knowing how hard a fall she was in for when Ryan swept her off her feet.