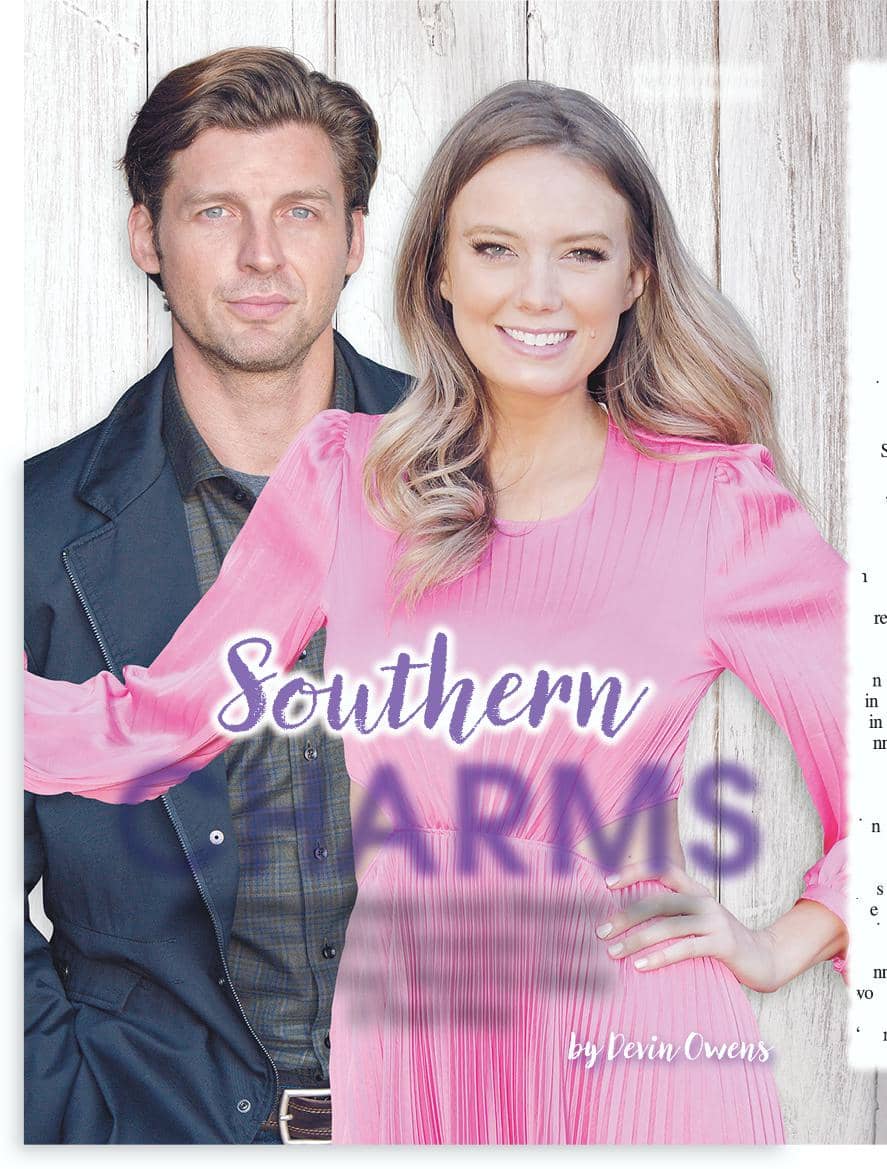 Soap Opera Digest: Melissa, when Jason Canela first came on the show, you had a hunch that his character, Arturo, was a romantic partner for Abby. Did you have the same inkling when Donny arrived?

Melissa Ordway: I did a little bit, but not 100 percent because Michelle Stafford [Phyllis] was kind of involved in that storyline, as well. I didn’t know if Chance was for Abby or for Phyllis.

Digest: When did you first meet each other?

Ordway: We met at the audition when Donny was screen-testing for the role. I called him Texas. I was like, “Hey, Tex!” the whole time because I heard his Southern accent. I was so excited that he was from Texas because I have so many friends in Texas. And I’m from Atlanta so we kind of connected in the audition with that Southern thing.

Donny Boaz: I think my first words to her were, “Nice to meet you, Miss Melissa.”

Boaz: Michelle was a little busy that day. She would do an audition with us, run back upstairs, shoot something and come back down. Melissa had some downtime that day and she spent more time with us.

Digest: What was your impression of Donny?

Ordway: I thought he was so nice and we got along so well immediately. I only had positive things to say about him. I didn’t know who was going to get it, but I was hoping it would be Donny. I thought he would be a great addition to the show, so I was super excited when he got the role.

Digest: Donny, what was your first impression of Melissa?

Boaz: There were five actors there, me being one of them, and we just loaded her down with questions, and Melissa had answers on the spot. She couldn’t have been more helpful. Day one, we just clicked and became friends.

Ordway: I was even more excited when Donny started working. Every morning he would text Michelle and me and ask what our coffee order was from Starbucks. I was like, “All right, this guy’s a keeper.”

Boaz: Now, you get to a week later of me filming and it’s about the camaraderie between me, Melissa and Michelle. Those are my buddies. We run our lines and we just click off each other. It’s an amazing work environment and I’m so thankful for those girls.

Digest: At what point did you know you were going to play each other’s love interests?

Boaz: The mock sides for my character in the audition kind of implied that it was Abby, but I was the rookie in the game. They did the triangle thing for a while and then it became pretty clear where this was headed. I think Chance has put it on the line. “Woman, I’m not playing games with you anymore. You’re all that I want.”