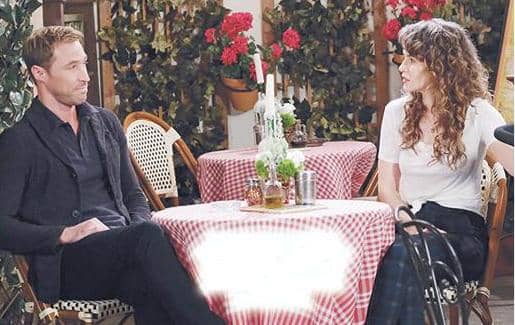 DAYS Head Writer Ron Carlivati Gives The Inside Scoop On May Sweeps.

“We had so many stories that were set up for so long and set up over the missing year with that baby switch and Adrienne’s death,” says Carlivati. “Now we’re in this chapter of, where does it go from here? So even though there’s a lot of rollout, it’s a really great time to jump in, and an exciting time for the audience to see some new, fresh stories starting.”

Rex/Sarah: “When we had Sarah flee the country with baby Mickey, who is really baby Rachel, we decided to use Paris because we have this lovely set of Abigail and Chad’s apartment from when we did ‘Chad & Abby In Paris’ on the DOOL App. When you have somebody flee the country, the problem is, who are they going to interact with? We kind of went through some possibilities and ultimately we thought of Rex. She was engaged to him and he’s part of the family, and has a vested interest in where this baby belongs. We came up with that idea and then we reached out to Kyle [Lowder, Rex] to see if he would be available. Because Rex doesn’t live in Salem, we thought it was possible that he’s not aware of what’s going on and that she’s not supposed to have this baby. So, we had some fun with that.”

Kristen/Brady: “We wanted to build the desperation in Kristen. Kristen, because she’s Kristen, was so enraged when she found out about the baby switch that she stabbed Victor. We wanted to put her into this legal jeopardy so she couldn’t go after Sarah. But as a mother, we know she’s got to find some way to overcome this. Brady tries to take the rap for her but as you’ll see, his story starts to crumble a little bit and the police are sort of on to the fact that he’s covering for Kristen. We are able to pull Lani into that story. I think the audience really liked the Kristen/ Lani friendship that we developed during the missing year when they were nuns together. They’re such an unlikely duo. I really like that friendship, and so we put Lani into an interesting moral position. As a friend and seeing a mother in pain, she wants to help her friend but legally, she’s supposed to hold her here, so what does Lani do?”

Eli/Lani: “Obviously, if Lani ultimately chooses to help Kristen, she’s at best bending the law, if not outright breaking the law. She wants to keep Eli out of that to protect him from that. But Eli, as a cop, when he sort of realizes what she’s done, what is he going to do? I mean, ultimately, he should arrest Lani. Is he going to be able to do that? And if he does decide to cover for her, what does that do to their relationship?” 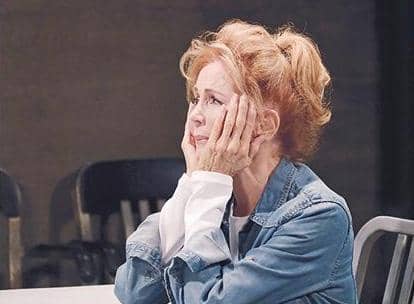