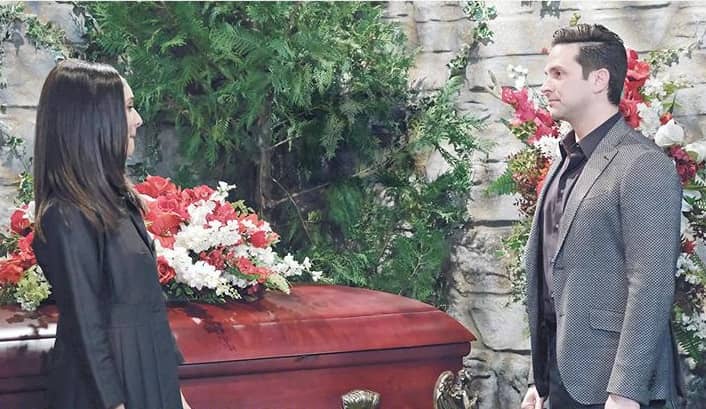 Your must have guide to what will happen this season.

Nicole/Eric/Mackenzie: “Nicole has pieced together that Mackenzie is most likely really Rachel, Kristen and Brady’s child. So, here Nicole is in this very odd place because she kept this secret for an entire year and kept Eric away from his baby. And now she’s in this position where she wants to tell the truth, but if it turns out to be right, she basically is going to be depriving Eric of a child.” After Xander tampers with the DNA test Nicole orchestrated, “She’s now on a new track to proving that the baby really is Kristen and Brady’s.”

Gabi: “Gabi really never got to truly mourn Stefan because she threw herself into a revenge plan, and was driven by punishing Lani. Now that the revenge has sort of slipped away from her, she’s just left with the loss of this guy. Naturally, she’s thinking about him more and dreaming of him. She thinks she catches his reflection in the glass of a storefront in Horton Town Square. She turns around and he’s not there. She starts to get this weird feeling that Stefan’s alive, which of course seems completely irrational because we know that his heart went to Julie, but it is sort of setting her on this path that you will see unfold very soon.” 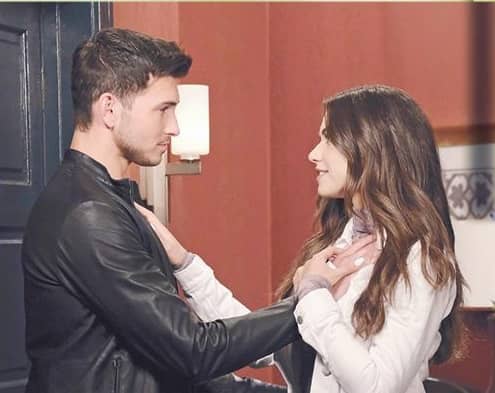 Xander/Sarah: “Xander is finally so close to getting what he wants. Sarah’s agreed to marry him, but he’s keeping this terrible secret from her, which is that her child is not hers. He’s really scrambling to try to contain it and he thinks he can be one step ahead of Nicole. Now that Nicole seemingly accepts that she was wrong about Mackenzie, he’s starting to get his confidence back and he’s going to live happily ever after with Sarah. It’s all kind of back on one track while Nicole is still digging on the other side.”

Brady/Kristen: “Kristen has started to have these odd dreams that her child is out there and needs her. While she says in her head she knows it’s not true, in her heart she can’t quite accept it. She’s like, ‘I know it’s irrational. I know that my baby is dead, but I can’t shake this feeling,’ which is just so interesting because her maternal instinct is correct. She’s struggling to basically give up this idea that her baby could be out there.”