SOUND OFF - What's On Your Mind? 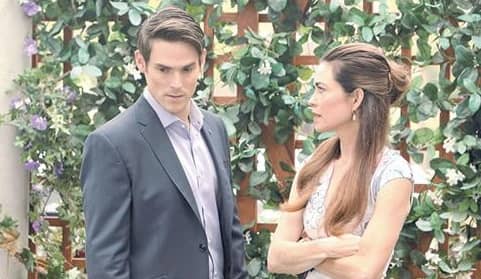 SOUND OFF - What's On Your Mind?

“[Y&R’s] Adam [Mark Grossman] deserves a chance to prove himself, but Victoria [Amelia Heinle] does everything to keep him from get ting a chance.”

THE ONE AND ONLY?

I am tired of Y&R’s Victoria acting like she’s the golden child. She’s a spoiled brat who does nothing but put down Adam and Abby, and thinks she and Nick are the only Newman children who matter. Adam deserves a chance to prove himself, but Victoria does everything to keep him from getting a chance. She calls Abby a whiny brat and never allowed her a chance to prove herself at Newman. Time for her to be reminded she’s not the only child, and to give others a chance.

The pairing of Kristen and Brady on DAYS is vile. Kristen raped Brady’s brother, stole his first child right out of his ex-girlfriend’s womb and had it planted in her own, almost killed Marlena, and raped Brady himself. She was going to steal Sarah’s baby right out of her womb just like she did with his ex-girlfriend, only she found out she was pregnant from her raping of Brady. In this day and age, can we stop doing storylines where rape survivors fall in love with their rapists? This baby switch storyline should never have happened and I am rooting for Sarah to keep that precious baby far, far from Kristen. 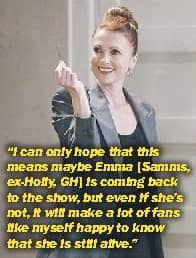