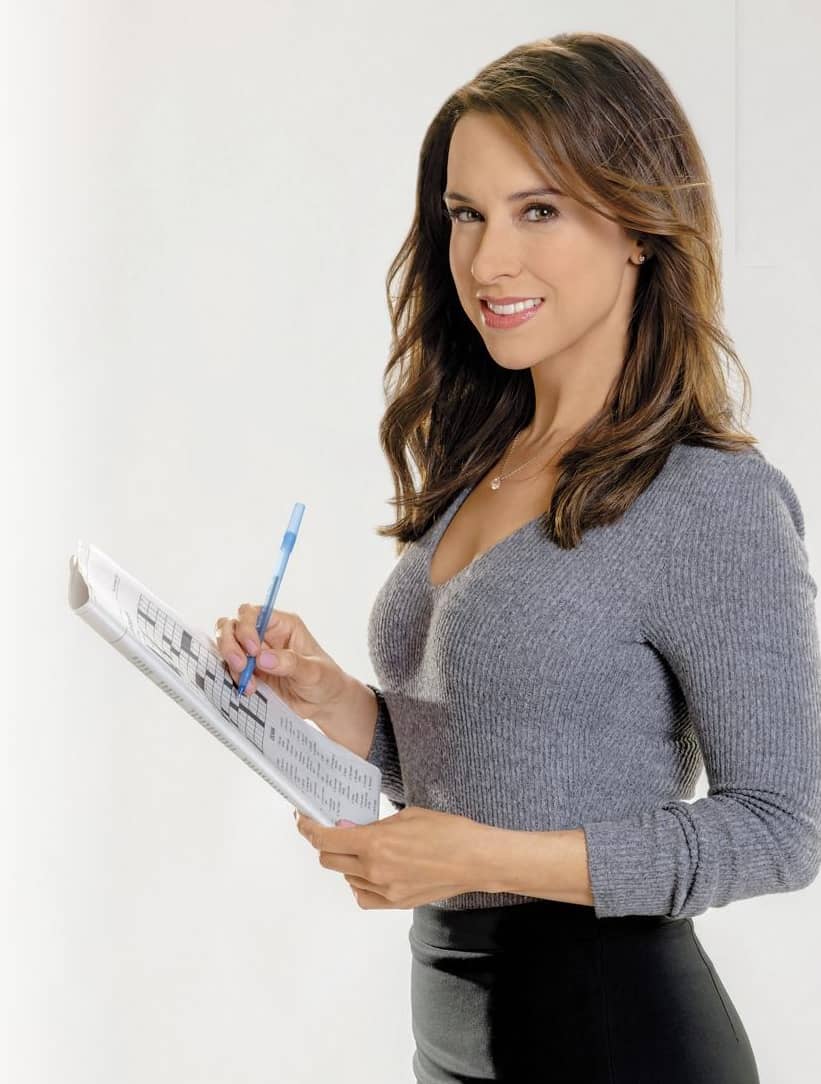 “I play Tess Harper, the crossword editor for The Sentinel paper,” begins Chabert. “My character is inspired by Will Shortz, who is the crossword editor for The New York Times. In the first movie, we found out that Tess’s crossword was found at a murder scene, and that brought her into the investigation. And now in the next one, in the very beginning of the film, an old friend of hers asks her to hide his marriage proposal to his fiancée in the next crossword. He ends up being murdered, so she’s brought into the case by way of that. And then in ABRACADAVER, Tess is taking magic classes and there’s a murder and so she’s brought into that one by way of that. They’re both very different movies.”