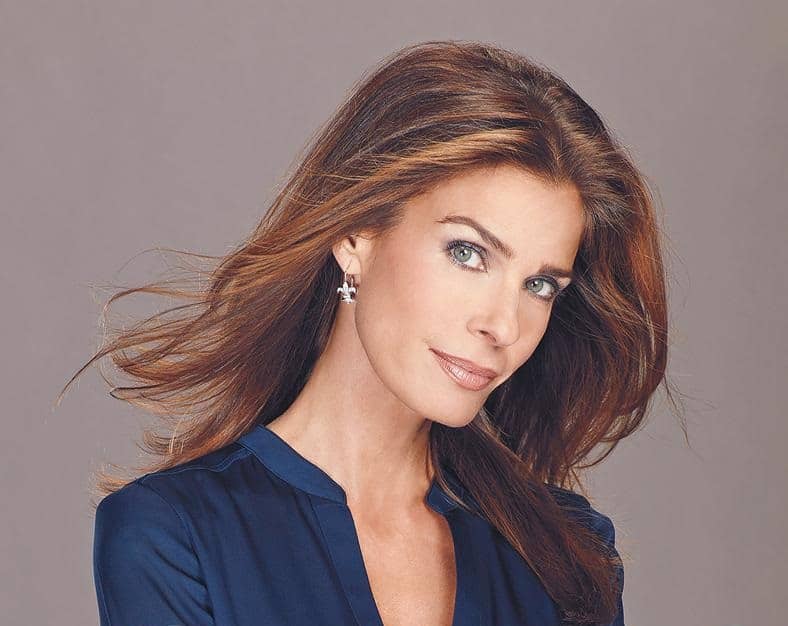 Kristian Alfonso opens up about her decision to leave DAYS.

Soap Opera Digest: First of all, tell me how you’ve been doing in the past few months.

Kristian Alfonso: I must say, I have been doing amazingly well. It’s the first time in my life that through this horrible situation that I’ve actually been able to exhale. None of my family has been affected by COVID, but a lot of friends of the family have had situations with COVID, and a lot of them recovered and some have not. It’s a very difficult time in the world and the United States. I never in my wildest dreams could have imagined this, which is why every healthy day is a blessing.

Digest: DAYS announced it was coming back to work on September 1 but then you announced that you would not be coming with them. What factored into your decision not to return to the show?

Alfonso: Well, our executive producer, Ken Corday, and I had a conversation prior to my announcement. During the conversation, Ken told me that Ron Carlivati, our head writer, and Albert Alarr, our co-executive producer, wanted to take me off the canvas for four to five months then bring me back for a storyline involving a Navy SEAL, who would be a new love interest for Hope. I said to Ken, “Oh, this is the storyline that you mentioned to me a while ago.” I know Ken was really looking forward to telling this story. When he originally told me about it, I got chills. I thought, “You know what, this could be a great story. This could be so fun.” And during our conversation, he reiterated that they felt like I needed to be off-canvas for four to five months. In that moment, I thought to myself, “I think it’s time to leave.” I’ve been there for an incredibly long time and am hugely grateful that I was able to be a part of the DAYS OF OUR LIVES family for as long as I was. But in the last few years, DAYS OF OUR LIVES is not the DAYS OF OUR LIVES as I know it.

Digest: Prior to this, had you ever considered leaving?

Alfonso: I first thought about leaving the show in 2016 for reasons I’d rather not specify. It was around the time I lost my dad. That’s the first time I really thought, “You know what? It’s time for me to go.”Digest: What ultimately made you stay? Alfonso: Ken Corday made me stay. I stayed for him. He had me promise in past meetings that I would never leave the show until the last episode was shot. Digest: What was the decision like for you emotionally to cut ties with the show? Alfonso: I’d had a lot of time to really think and mull things over. I mean, I’ve had so many incredibly wonderful moments there but I’ve been really enjoying my time home with my family and catching up with my friends. It just gave me time to really reflect. I’ve been taking walks and reading scripts that were given to me that I never had the opportunity to read because I was involved in DAYS and the jewelry line at the time, and my real estate ventures and traveling to promote the show. It’s been an insanely busy life and I’m grateful for every second of it. I’ve learned a lot from the moments that were very gray.

Digest: When you did make the decision, did you feel a sense of peace?