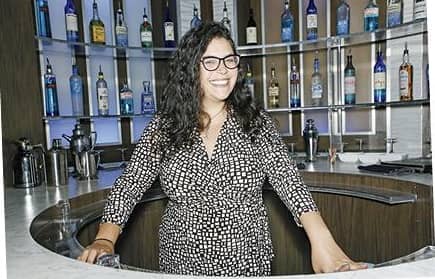 What Really Happens When Digest Editors Go On Location.

I’ve been Soap Opera Digest’s GH editor for over seven years, and since I’m based in New York, I relish every chance I get to visit the set in Los Angeles. My most recent opportunity occurred when I went to California to cover the show’s fan club weekend, and was able to fit in a quick visit to the studio before flying home.

I knew going in that it would be a busy day of shooting, as Sonny and Carly’s vow renewal was being taped. My first move once inside the building was to hop on an elevator up to the studio floor to say hello to Executive Producer Frank Valentini. He was pulling double duty as director, overseeing the warm Corinthos family scenes that aired on August 26. The first thing I noticed was that Laura Wright (Carly) — who I had just seen the day before at the breakfast event she cohosted with her beau, Wes Ramsey (Peter) — was sporting a new accessory: a wheelchair! Carly’s floorlength dress was covering her injury (a broken foot, which she had suffered the previous evening), but in between takes, said wheelchair was standing by so that she could get off her feet as quickly as possible. Wes wasn’t scheduled to work that day, but he came in to help Laura get around, which came as no surprise to me; he is a very sweet guy, and utterly devoted to Laura. 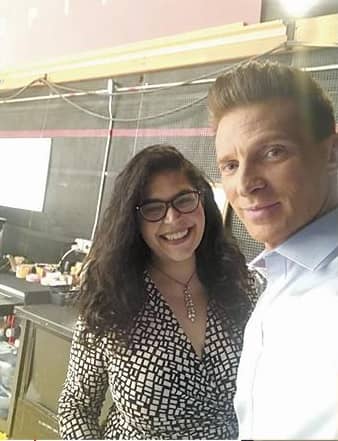