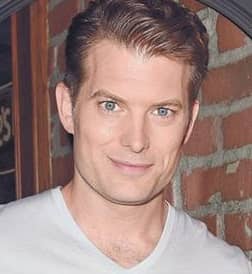 First Screen Test: “My girlfriend had a rule that I couldn’t move in until I knew I was going to propose within the year. On a Sunday night, I told her I was ready to move in — and on Monday morning, I got the call for a screen test. I was in New York like, two days later screen-testing and then a day after that I got the job.

I was at this point in my relationship where I almost didn’t get on the plane. Everybody on her side of the family said, ‘You’ve got to go and do this.’ My mom, who’s been the champion for my acting career my whole life, said, ‘I don’t know, Mark, she’s really great....’ So I was really conflicted. But when I got to New York, I just really wanted it. I was in the old [OLTL studio] building on 66th [St.], down in that basement with all of these other dudes, all looking at each other — dudes just scoping each other out. ‘Who’s gonna look the most like an ex-Navy SEAL?’ I remember walking on that set and just feeling, like, electrified. They let me do one take, then Frank [Valentini, then-executive producer, now GH’s EP] came down and gave me some notes and before we did a second take, I was talking to myself, like, ‘You better get this right, right now!’ One of the guys on the crew looked at me and said, ‘You know, Mark, we can hear everything you’re saying.’ I was on set with Farah Fath [ex-Gigi] and it kind of got revealed to me later on that she thought I was a complete psycho because I was so wired up!” 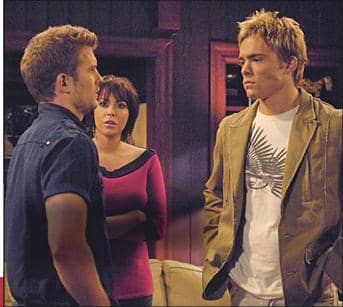