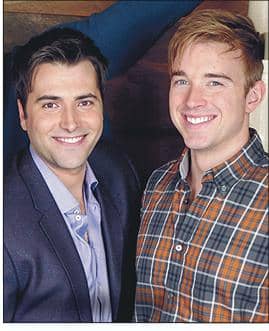 The actors noted that they had been asked to return for six episodes after the show resumed production following the hiatus it began late last year, leading to feelings of uncertainty about their contract status. “Yeah, just didn’t look good,” began Smith. “Well, ’cause we didn’t know, ’cause when I first got a call about the six episodes, I think I hit [Massey] up and I said, ‘Hey. Do you have just six episodes?’ ’cause I was just curious. I’m like, ‘What’s going on here?’ This was before we got scripts, too.... And then we get a call and then you and I started doing some sleuth work. We’re like hitting up other cast members like, ‘Did anyone get a contract?’ And everyone said, ‘No, it’s just six episodes,’ or a handful of episodes so we’re like, ‘Okay. We’re good.’ And then the scripts come. And then before we talk about all of this, too, it’s, like, we obviously can’t say if one of us were killed or both were killed or if we just left or someone was kidnapped. We can’t give away story, but with how the first three of the six scripts looked, it wasn’t promising.”