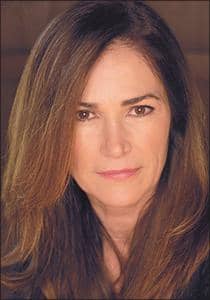 Over 36 years after exiting ALL MY CHILDREN following a three-year run as heroine Jenny Gardner Nelson, Kim Delaney returns to daytime this week in a top-secret role on GH.

Her comeback was instigated by GH’s head honcho. “They were looking for this character, and actually, Frank Valentini, our executive producer, just called me; he just came straight to me and said, ‘Are you interested?’ ” explains Delaney. “It was very flattering. We started talking about it and we had a meeting and it sounded great. I liked everything he had to say and I said, ‘Let’s do it!’ ”

While a return to soaps was “not necessarily” on her radar, Delaney — who followed up AMC with an Emmy-winning stint on NYPD BLUE, along with starring roles on CSI: MIAMI and ARMY WIVES, among other projects — says, “I always feel that it’s about the character and where you’re working and who you’re working with, and the producers, because the producers [set the tone of] the show.” And thus far, she describes GH as “a lot of fun! I knew it would be fun, and it’s here in Los Angeles, and it just all worked out in a great way.”