It's only my opinion 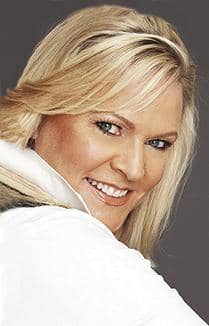 Who loves who? The story doesn’t work if we can’t tell.

DAYS’s Jennifer proved her love for Jack by sticking with him through a bout with amnesia so severe that he became a bigoted jerk overnight and married the evil Eve. She has repeatedly defended Jack to their children despite his rotten behavior, and asked them to give him chances he doesn’t deserve.

JJ: “What if he gets his memory back and is still the same guy he is now?”

Jen: “Your dad was a great man, but being selfish and ambitious is also who he was. He was always trying to be better.”

Jen’s clear-eyed focus on getting back this man she has loved most of her life salvaged a story that depended way too much on serums and mad scientists and another back-from-the-dead Salemite.

Jack: “I can’t let you get killed on my watch, it will ruin my career.”

Are you sure you want him, Jen?

Kate is still carrying her own brand of Machiavellian torch for Stefano, telling his portrait, “I’m back, mi amor, and I intend to put the DiMera house back in order.” Anna is another one with a long throughline of sincere love for Tony. Think of what carrying that urn full of “his” ashes all those years must have done to her back.

On the other side of this connubial coin is Eric Brady, who broke up Rex’s marriage to Sarah because he decided he wanted her. Cue another back-from-the-dead Salemite.

Eric: “I know you’re probably wondering what it means for us if we find the real Nicole.”