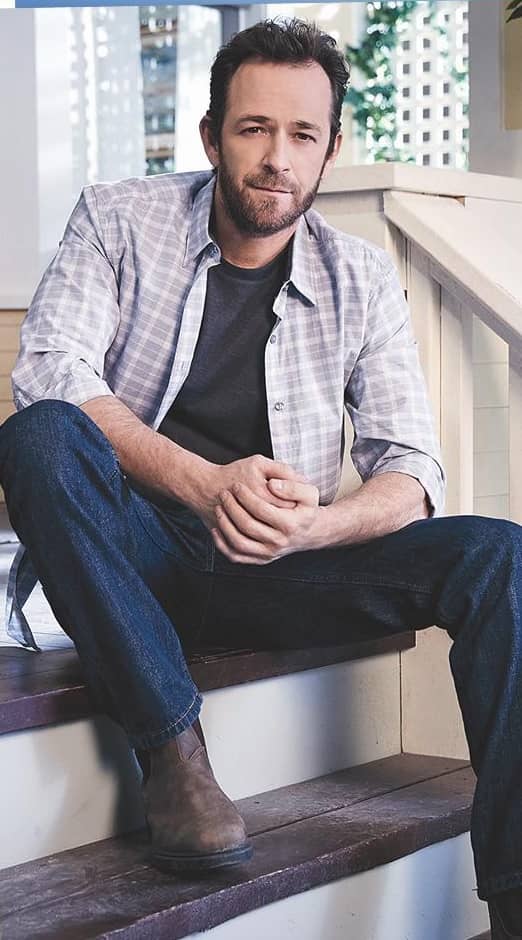 The Ohio native made his television debut in 1987 on LOVING, where he was tapped by Casting Director Mark Teschner, now GH’s casting director, to play Ned Bates. He left after a year, then joined the cast of ANOTHER WORLD from 1988-89 as Kenny before joining the original cast of 90210. During his years as Dylan, Perry also appeared in movies ranging from Buffy The Vampire Slayer to The Fifth Element.

After 90210, Perry continued to work in a variety of mediums, appearing on multiple seasons of the HBO drama OZ, making his Broadway debut in 2001 in a revival of The Rocky Horror Show, guest-starring on sitcoms (WILL & GRACE, HOT IN CLEVELAND, RAISING HOPE) and amassing a wide range of voice-over credits, including parts on THE SIMPSONS, FAMILY GUY and MORTAL KOMBAT: DEFENDERS OF THE REALM. In 2017, Perry was cast as Fred Andrews, Archie’s father, on The CW hit RIVERDALE, a character he played until his death. He also filmed a role in the upcoming Quentin Tarantino film Once Upon A Time In Hollywood, portraying Scott Lancer.