'I'm Happy To Be Happy Off Screen!' 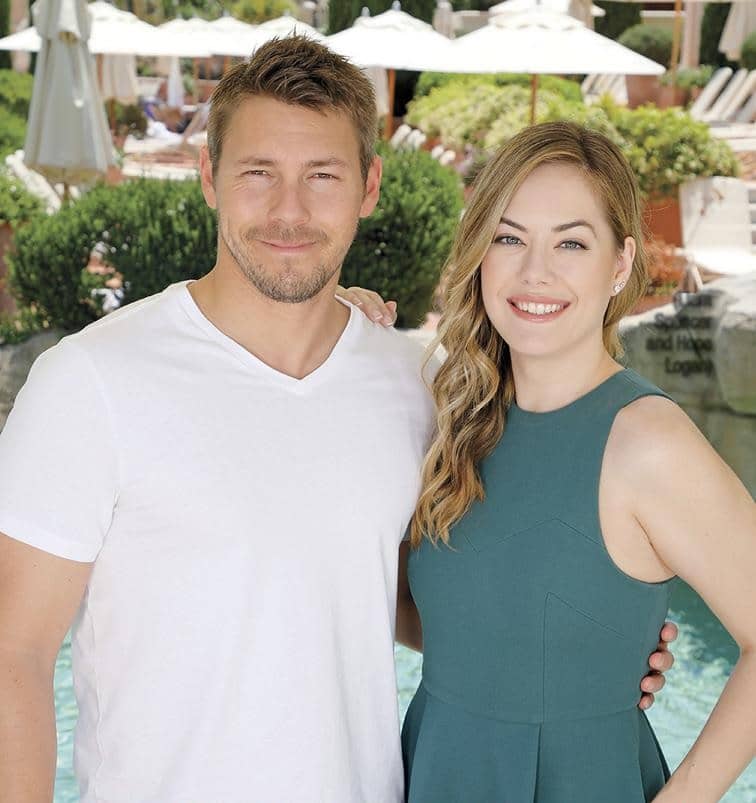 Soap Opera Digest: When you were first told about this story, what was your reaction?

Annika Noelle: Once I saw it, it’s one of the few times I’ve ever talked to Brad [Bell, executive producer/head writer] and just kind of was like, “Okay, so what is your vision?” But they really do keep it close to the vest; they don’t give us a lot and they don’t tell us a big arc. We’re kind of finding out as the characters find out. I think there’s a method to that in a way because we were, in some ways, not knowing what was coming next. And then you see it and you go, “Okay, I’ve got to justify this,” or, “She’s making this choice. What kind of headspace is she in to make this kind of decision?” That’s kind of the fun of it and the challenge of it. I didn’t expect it to be this crazy roller-coaster ride that it’s been.

Scott Clifton: I have an anecdote. When we first kind of got scripts for this storyline and we were going to think the baby was dead, but it was actually switched and it was Wayne Brady [ex-Reese] and all of this, that week, Darin [Brooks, Wyatt] and I got to go have drinks with Brad. This is always such a privilege and such a pleasure. He’s just the perfect boss. I said, “Oh, my God. This storyline is crazy. How did you come up with it?” At one point I said, “So how long are you gonna do this? How long before the truth is gonna come out?” And he said, “My father [William J. Bell, B&B’s co-creator] always had a rule about storylines like this.” And I don’t remember the exact number that he gave, but he said something like, “It’s got to be at least eight months.” And my jaw hit the floor. I went, “Oh, my God. You’re not really gonna do that, are you? Is it gonna be eight months of story?” And he kind of said, “I don’t know. I have to see. I have to feel it out as I go and then I’ll know. But stay tuned.” And sure enough, that’s basically what he did, and it paid off perfectly.

Digest: Fans spent the year saying, “Hope deserves to get her baby back.” It’s not like you guys can do anything about that. Was it hard for you to see their reaction?

Noelle: Yeah. Honestly, the ones that were the most touching were women who reached out to me personally and privately messaged me, or shared their story with people on my social media about the loss they’ve experienced and how this storyline has affected them in positive ways. Honestly, I have to thank those women who reached out to me with their personal stories. It meant so much to me that it had that kind of impact and why I do what I do. So, thank you to all the mothers out there.

Digest: Scott, I remember you saying you felt bad at the fan event in June because you couldn’t say anything about it.