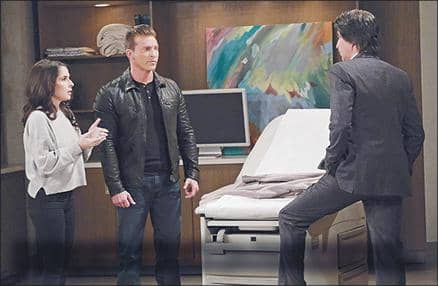 As Peter-related tension ratchets up between Finn and Anna, he makes a fateful choice that could have a major impact on their future as a couple.

“Finn worries that Anna is getting in over her head,” sets up Co-Head Writer Dan O’Connor, “that perhaps her belief and trust in her son is blinding her to the truth about what Peter is capable of.” Picks up Co-Head Writer Chris Van Etten, “It doesn’t sit well with him, but Anna’s argument is that this evidence that Anna has come across is circumstantial, at best. That is what Anna would argue over and over again — that to use this to paint a certain picture of Peter would be a very incomplete picture. There is no smoking gun, there is no bloody handkerchief — it is purely circumstantial.”