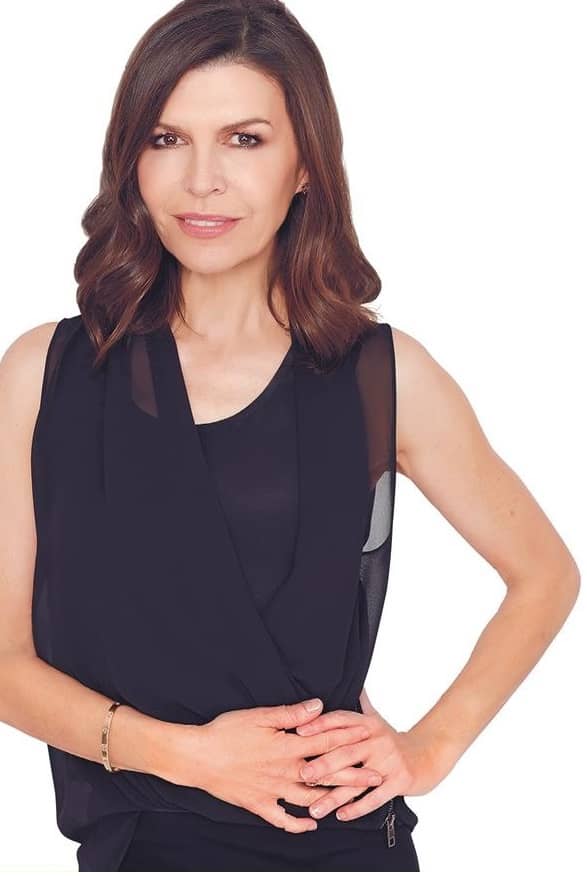 The Inside Story Of How Finola Hughes (Anna, GH) rought A New Thriller To Life During Quarantine.

When GH was forced to shut down production in mid-March due to the coronavirus pandemic, Finola Hughes felt the need to stay creative — and with little help from her friends (and their iPhones), the results can now be seen on IGTV, Instagram’s video arm, in the form of ENTER EXIT, a thrilling new series she stars in and directed.

Soap Opera Digest: Tell me what the genesis of this project was.

Finola Hughes: Literally the day [GH] shut down, I texted Matt [Boren, her friend and a screenwriter] and I said, “Let’s do something. I am going to figure out some camera stuff. What do you want to do?” I started to think about, “If you were in lockdown, how could you do a narrative where you could act in a vacuum, basically?” I started to think about what my character would be and I was like, “Okay, I’m a retired agent, and there’s some big reason why I’m retired.” And then I just started to think about camera angles and what I could do with an iPhone. I started to think about stationary shots and walking into your close-up and all those kinds of things. Matt and I have done stuff together before, but we’ve always wanted to work more together and I wanted him to write something. So I left it with him. I was basically like, “Whatever he writes, we’ll do,” and I just concentrated on how we could feasibly do it. But then I took a writing course with one of my heroes, Joan Scheckel of Joan Scheckel Filmmaking Lab. It was all done on Zoom, and everything just clicked and we were off and running. We used Zoom as our communication base. Initially, we were using Zoom as a way to record, as well, but that didn’t pan out the way that we wanted. It just really started to move from there. We wanted to make [the episodes] very short, because we know people’s attention spans are quite light, so we came up with two-to-three-minute scenarios. [The concept] was born out of a New Yorker article that I was fascinated with. That was something I threw in [Boren’s] ear and he ran with that, and we just kind of dealt with this idea of an agent who’s become a hippie, she lives on a farm now and wants nothing to do with the business, but something happens to drag her back into the game. Ian [Buchanan, ex-Duke, GH, et al] plays my former partner, and Brooklyn [Rae Silzer, ex-Emma, GH], I wanted to do something for her that was sort of transitional because she is turning into such a young woman, and then I reached out to Marc [Anthony Samuel, Felix, GH], I texted him and I was like, “This is the sort of character we want to create, are you interested?” and he just replied, “Yes.” Then I reached out to Norma [Maldonado-Buha], whose character comes in later and is quite a catalyst for the show, over Twitter, and just explained what we were doing and said, “Would you like to come on board?” and she said, “Yeah!” We shot 11 episodes and initially, it took us a long time, because we were dealing with a lot of technical issues. But then we started to be able to shoot them in a couple of hours, and then they go to the editor and he puts them together for us. And then after that, they go to this musician friend of mine, who did a brilliant job [scoring the show].

Digest: What did you think of the finished product?