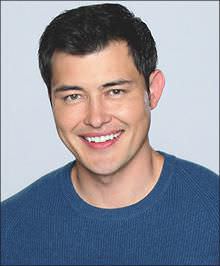 Paul makes a huge decision about his future, informing Brady that Will has moved out — and he’s decided to leave Salem.

“The last thing Paul wanted was for Will to stay with him out of obligation,” explains Paul’s portrayer, Christopher Sean. “Paul continued to ask for honesty, knowing the truth, though not wanting to believe it. So Paul finds a clinic that can help him walk again. It’s located in San Francisco near his mother. This, for him, is the perfect opportunity to kind of start over and give Sonny and Will the respect they need to get their relationship going again. So he’s just going to step aside and be around his mom.”

After the two brothers say their good-byes, John stops by to see Paul, having heard about his son’s breakup from Will. “For me, that was the most heartwrenching scene, Paul saying good-bye to his dad,” admits Sean. “It was a little realistic, where art meets reality, because I was saying good-bye as Paul to John, but truthfully, I was saying good-bye as Christopher to Drake [Hogestyn, John]. All of the dialogue that was used was legitimately how I felt about our relationship. He was a father to me. He took me under his wing.

He was always there for me. For me to say how much I learned and grew with him in my life, that was great. It was really nice. Drake is one of those people that you never want to let go.”