Baby Come Back, Bold And Beautiful 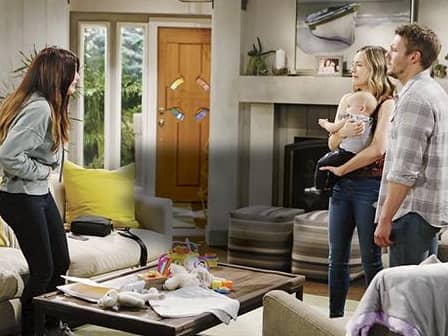 B&B fans got the payoff of a lifetime when Hope finally learned that Phoebe is actually her presumed-dead daughter, Beth. However, this was so much more than a heart-tugging reunion, as it had major impact on the lives of over a dozen characters, leaving some overjoyed and others in tatters.

At first, Hope was hesitant to believe Liam’s outrageous claim that their baby was alive and that her new husband was complicit, which took a dangerous turn when Thomas attacked Liam, then dragged Hope to the roof. In an adrenalized sequence shot on location, Liam overpowered his foe, and when Thomas couldn’t utter a word or look Hope in the eye, she realized it was all true. The prospect of having her family back brought Hope to her knees, and she broke down sobbing (happy tears, for once!) in Liam’s arms.