Window To His Soul: Abhishek Bachchan 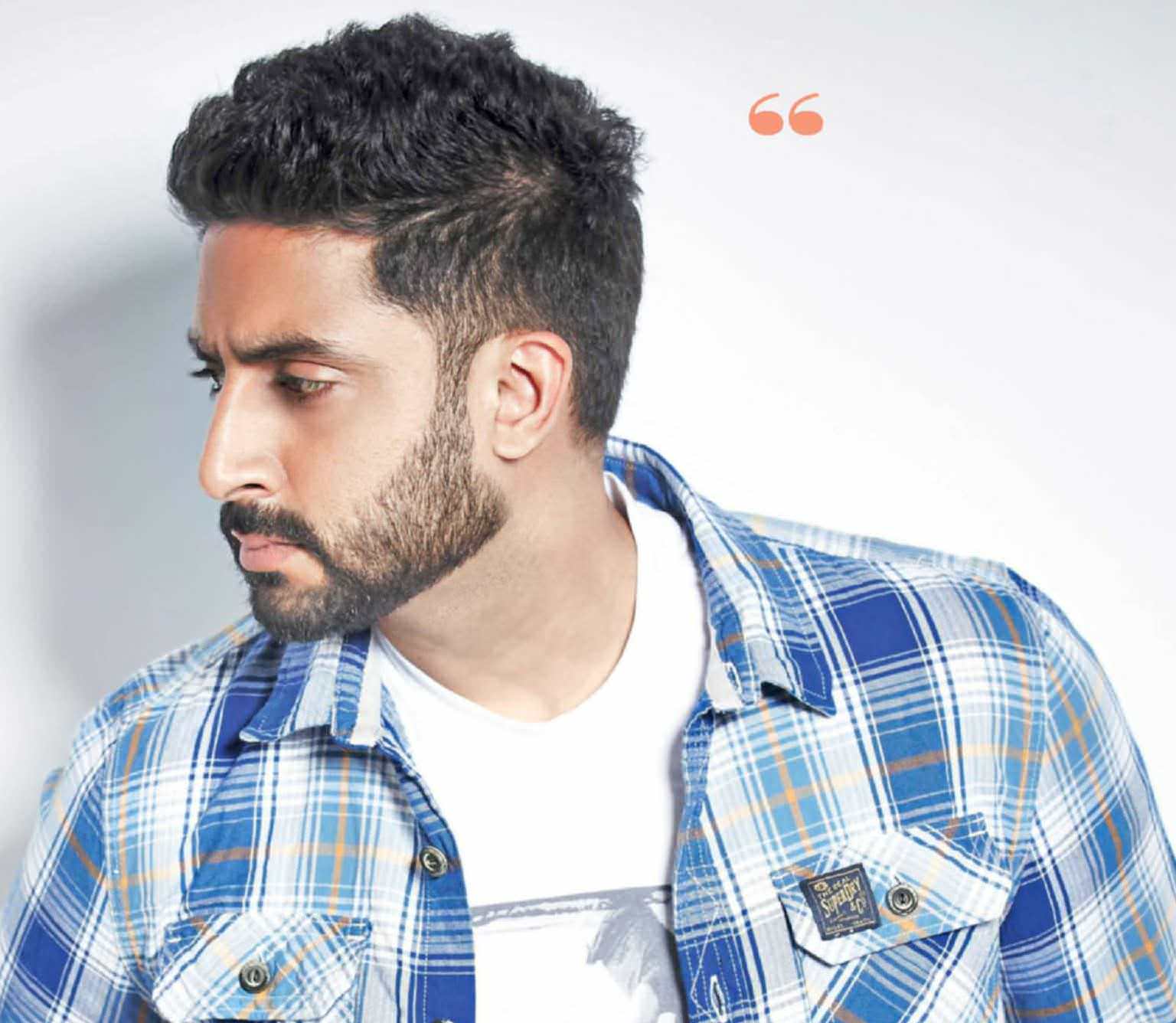 For the first time, I stood on the other side as Abhishek Bachchan spoke, and let one into a part of his persona. Yes, it was personal, by his book. And for me, it was an aspect one had never considered. I look at Abhishek with new eyes. Man is the sum total of all his experiences upto the present moment. And Abhishek has culled his into a persona of deep resonance. I look at him, with almost pride and joy, as I sit back and listen to this extremely lucid and articulate young actor, a man on the journey through his thoughts. And yes, we do like him. Very much.

Considering the kind of films that are garnering critical acclaim today, as well as commercial success, as opposed to hard-core formula commercial films, there were in the past, barely a few directors who were known to make middle-of-the-road cinema. Today the number of commercial directors is on the wane and smaller films are doing great. You tend to lean on the side of the commercial.

I disagree with you. As far as I am concerned, there are two kinds of films; good films and bad films. I arrive at this very easily because of one fact, that we work in a commercial medium. I am not getting into what is creativity and what is artistic, that is a different debate altogether. I don’t think I have the liberty to indulge in that because I work in a commercial medium. The minute I expect my audience to go purchase a ticket to watch a film of mine, I owe them something. I owe them what we call paisa vasooli. If they don’t get that, they don’t like the film anymore, the film doesn’t do well, and it’s a flop. It’s very simple. We can debate the artistic side of it till kingdom come, but I think it is very important to define the parameters in which we make films. I am very clear that a successful film is a good film and vice-versa, but you don’t decide what is a good or bad film. Your audience decides, because they are the ones you are making the film for. If we talking about artistry, then everybody has their own standards, wishes and wants. If you are expecting a producer to put money in a film, and he expects the distributor to put money from their end, and you expect the audience to buy the ticket, it is a commercial deal.

All films are that. What I am saying is that sometimes the size of a film in terms of the budget, it begins with a terrific cast and director, but it doesn’t get its due until it releases and people watch the film. There are certain films the masses are happy to watch, sometimes they aren’t. A director cannot predict the commercial outcome. Each actor brings a certain commercial factor. Does your entry into a project automatically increase its commercial stake?

Does my entry in the film change the commerce of the film? That’s a variable. It depends on what my last Friday was like. Nobody is above that. That last Friday of yours decides what your next Friday is going to be like. It’s also a personal choice. I get the commerce of it. I firmly believe that films don’t fail, scripts and budgets do. If I want to make, for example, Badlapur, using that film purely as a reference, on the same budget as my last film Happy New Year was made, it’s never going to work. You’ve not given it a chance. Nor does a script like Badlapur warrant the kind of spending of a Happy New Year. Happy New Year warrants the spending. The scope of the script is such. If Badlapur was made as a 100 crore film, it would have never done this business. As an actor, I don’t know what Varun has done, he is an industry kid and he is aware of all the market forces. Knowing him, I’m sure he would have considered that. You can do something at a reduced cost because you really want to be a part of it. I’ve done innumerable films where I have reduced my price. I think that this film needs to be done at a specific budget and if the film does well, everybody will earn.

Is that your only takeaway in terms of creative satisfaction, when you do films at a reduced budget?

No. it shouldn’t be misconstrued. I get as much of creative satisfaction out of a Happy New Year which is this huge blockbuster, big budget bonanza, as opposed to a more intimate film like an All is Well. The creative satisfaction is exactly the same. But if I am going to treat an All is Well on the same platform and with the same approach as a HNY, you are not giving the poor film a chance.

What is the high for an individual actor professionally as well as personally, when he is a part of a multi-cast film?

I don’t think any actor would do an ensemble piece if they didn’t have anything good to do in the film, or they weren’t convinced about their role. I don’t know any actor who would do a film only because he was a part of a big film. There are always questions like what am I doing in the film? Does the film excite me? Obviously, these boxes need to be ticked before doing a multi-starrer. For me it is always about, is this going to be a fun story to tell. I am not the kind of actor who chooses films strategically, I choose films emotionally. This is not going to change. I believe this because cinema has to be an emotional experience. I’d like to believe that the audience invests emotionally as well in the film. If you are going to strategise your film on the basis of its opening, the star status, it’s going to be quite disastrous because at the end of the day, your job is baring your soul on an everyday basis. You can’t make that up, you have to fill that.

You say it’s about baring the soul. But don’t you think when an audience watches a film, they only see the actor, hardly the man behind the actor?