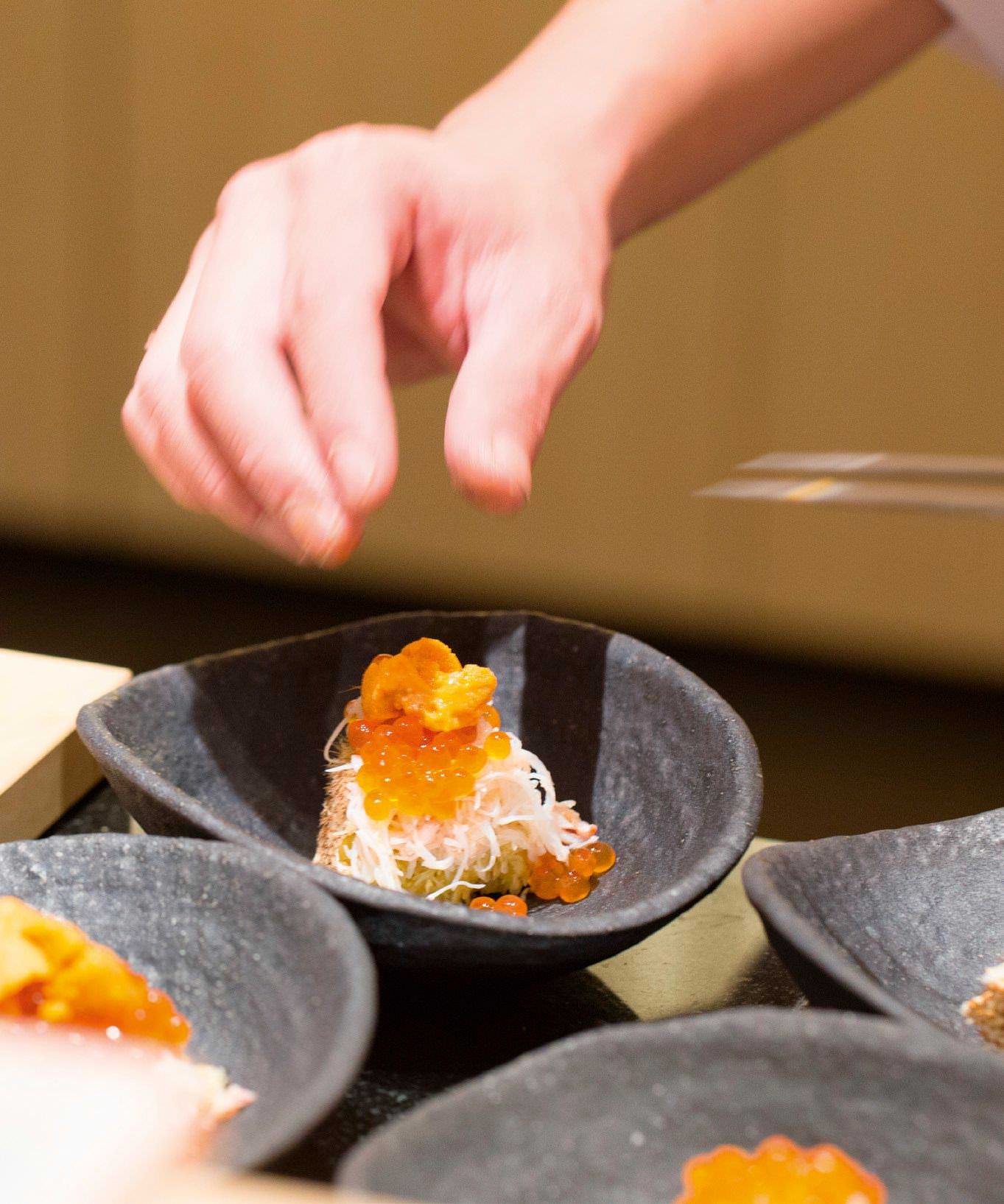 Micaela Marini Higgs
AT THE HELM of Sushi Ichizu, Chef Riku Toda began his culinary training in the now closed three- Michelin-star Sushi Mizutani in Tokyo, working as the protégé of Chef Hachiro Mizutani, who himself once served as assistant to sushi god Jiro Ono (of documentary and foodie fame). Alongside his next mentor, Chef Takaaki, Toda worked in the Tokyo kitchens of Miyakozushi, and then Sushi Sugita (as sous chef), which in its first year received a Michelin star and a reputation for being nearly impossible to book.

Leaving behind the Michelin starred restaurants of his past, Toda’s departure from Japan and arrival in Thailand symbolizes both a young chef’s desire to strike out on his own as well as his ambition to bring quality Japanese dining and ingredients to a local audience.

Well-versed in traditional preparation methods and mentored by the best, the chef’s omakasemenu offers indulgent dishes that both please traditionalists and offer adventurous eaters unexpected twists. You have to know the rules before you can break them, and with his pedigree, Toda is more than qualified to do so.

Tucked right off of hectic Petchaburi Road, Sushi Ichizu’s easy-to-miss entrance, a nameplate and nondescript door, is as understated as Toda himself. From the moment you step inside the entrance hall, a dark room with a spotlighted bonsai tree at its center, Bangkok fades into the distance. The hum of traffic is abruptly muted and the energy of the city gives way to calm.

With only 12 seats along a single tan bar, the dining room is sparsely decorated and filled with warm light, the minimalist design sensibility feeling cosy and unmistakably Japanese. Against this clean backdrop, Toda and his team serve up two rounds of omakase each night. Though the intimate bar means you’re seated with strangers, and the space has a hushed and almost reverent atmosphere, you can just as easily carry on a personal conversation as you can soak up the experience in silence.