From Homeless To Billionaire 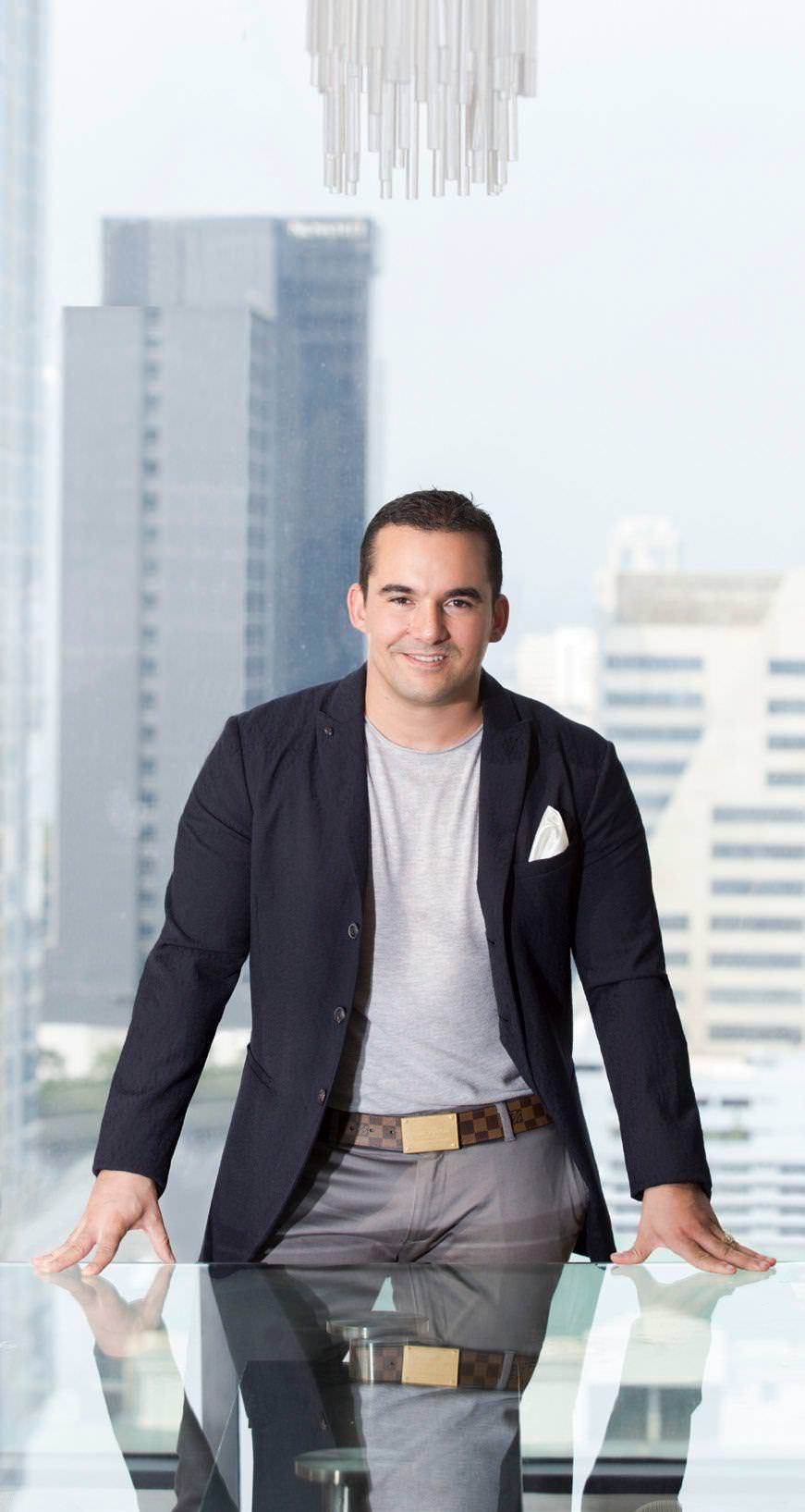 The rags-to-riches tale of Phuket real estate tycoon ANDRES PIRA – he arrived in Thailand at the age of 20 with just 100 dollars in his pocket – is the topic of an upcoming self-help book. PUTTIPONG OUNGKANUNGVETH meets the inspiring Swedish entrepreneur.

FROM LITERALLY BEING homeless, sleeping on a beach in Phuket for nine days, to building up real estate empire Blue Horizon Developments that consists of 19 companies and employs over 150 people (and growing), Stockholm native Andres Pira certainly has a story to tell. He arrived in Thailand 15 years ago seeking an exotic refuge from Sweden’s gloomy weather, a career that had no prospects, and a battle with depression.

In Thailand without a job, no contacts, no knowledge of Thai language, and dwindling financial resources – down to just 100 dollars – he quickly found himself in a desperate situation.

“I came to Thailand after hearing about the white, sandy beaches and palm trees, islands and warm weather – that’s all I knew,” Andres recalls. By the time he reached Phuket, after paying for a bus ticket from Bangkok and food, he was down to 50 dollars and in big trouble. He landed a job handing out pamphlets for a hotel, earning a few thousand Baht commission per month. Barely enough to make ends meet, his income dwindled further as a result of a partying lifestyle, and before long Andres was homeless and sleeping on a beach.

Desperate – and too ashamed to ask for help from his family – he called a friend in Sweden, hoping to borrow some money. “My friend then said, ‘No, I won’t send you any money, but I’ll send you a book…’” Although angry and upset, Andres spent his time on the beach reading The Secret, the bestselling self-help book by Rhonda Byrne.

“Being homeless was the worse time of my life. But reflecting back on it today, I believe it was the best time of my life – I learned so much,” Andres says. Specifically, it was the “Law of Attraction”, referenced in the book, that struck a chord with him.