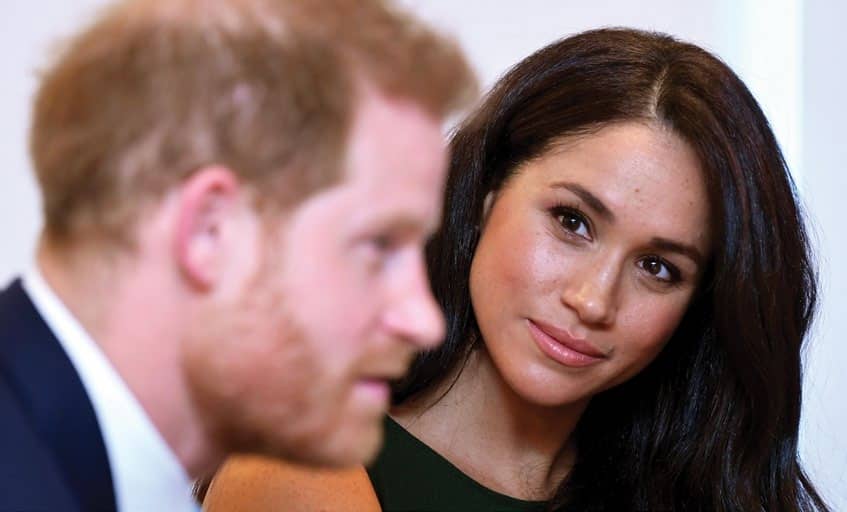 LIFE is a royal mess as Meghan and Harry call it quits on the crown.

MANY little girls grow up hoping they will one day meet their Prince Charming, live in a castle, and ride on the back of a white stallion. Not Meghan Markle. She was way too busy acting, practising her culinary skills, studying in Madrid and ticking off a laundry list of goals to worry about the chance encounter with a handsome royal suitor. Fast-forward to present day and life is almost unrecognisable for the striking brunette. She is the duchess of Sussex and wife to the duke, Harry. But as of now, they will no longer use their HRH status anymore.

Royal blood pumps differently from that of us mere mortals. It’s expected that you adhere to strict protocols and incredibly high standards. But Meghan, 38, and Harry, 35, aren’t concerned about causing waves. In fact, they’re set on making their own life together, their own rules, and even their own money. They plan to leave the land of the Angles to settle in Canada and keep a holiday home in Los Angeles to continue their charitable endeavours. “I really tried to adopt this British sensibility of a stiff-upper life. I really tried, but I think that what that does internally is probably really damaging,” said Meghan. Her hubby agreed: “After many months of reflection and internal discussions, we have chosen to make a transition this year in starting to carve out a progressive new role within this institution,” Prince Harry said. “We intend to step back as ‘senior’ members of the Royal Family and work to become financially independent.” Now ‘step back’ can have several meanings, but Harry didn’t mince his words. In a lengthy Q&A on the couple’s joint website, he and Meg confirmed they would no longer be receiving funding through the Sovereign Grant, including expenses related to shacking up. Now before you hurl the ‘you must be crazy’ comment the couple’s way, there are a few landmark events that catapulted Meg and Harry into making this decision. We take a look at what led to the duo splitting Royal ties: