The Catch-Up: Mental Health Is No Joke! 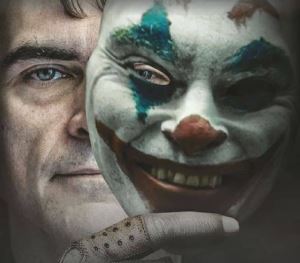 “THE worst part of having a mental illness is people expect you to behave as if you don’t.” – Arthur Fleck in Joker

“WHAT do you get when you cross a mentally ill loner with a society that abandons him and treats him like trash?” Joker says, just before shooting his childhood hero point-blank in the face on live TV...

\The new film Joker has taken both the box office and social media by storm. It’s a riveting thriller that tells an origin story of Batman’s arch enemy. It stars Hollywood enigma Joaquin Phoenix as Arthur Fleck, a disturbed outcast who suffers a series of traumatic events and turns to extreme violence as a result. It’s just a movie. We know that. But it sheds light upon some horrible truths about mental illness.

Inside The Mind Of Joker

FOR nearly 20 years we’ve seen plenty of superhero origin stories make their way to the big screen, from Tony Stark’s transformation into Iron Man to Peter Parker’s radioactive spider bite that gave him araneae powers. However, super-villain origins are a much rarer thing. Following the man behind the clown make-up, Joker is almost an examination of the F. Scott. Fitzgerald quote, “Show me a hero and I’ll write you a tragedy” – and explores what causes a lonely, unhinged man to explode. Fleck has the odds stacked against him, but arguably not more so than the challenges many ordinary South Africans experience on a daily basis. Fleck was bullied as a child; he suffers a disorder that causes him to laugh hysterically without feeling happy; he has delusional fantasies of success as a stand-up comedian while his bank balance remains empty; he hopes to find romance with someone so he won’t feel so lonely; he has a dysfunctional relationship with his mother; and, the cherry on the top – he lives in a city riddled with crime. Sounds familiar? Did we really need a movie about a terrorist figure who uses gun violence to enact revenge on the society that rejects him to remind us of the dangers of mental illness and ignoring the signs? Maybe…

This Is No Laughing Matter

ACCORDING to the South African Depression and Anxiety Group (SADAG), only a quarter of people with a diagnosable mental disorder are receiving treatment, despite the fact that The Department of Health’s chief director of Non-communicable Diseases, Melvyn Freeman, said research showed that 16.5 percent of the adult population in SA, 17 percent of children and adolescents in Western Cape, and 43 percent of the people living with HIV/AIDS suffer from a mental disorder. Between one and two percent of people with a mental illness are classified as having a serious pathology, such as schizophrenia or bipolar disorder, while the remainder have disorders such as depression, anxiety and substance dependency.

The Link Between Gotham & SA