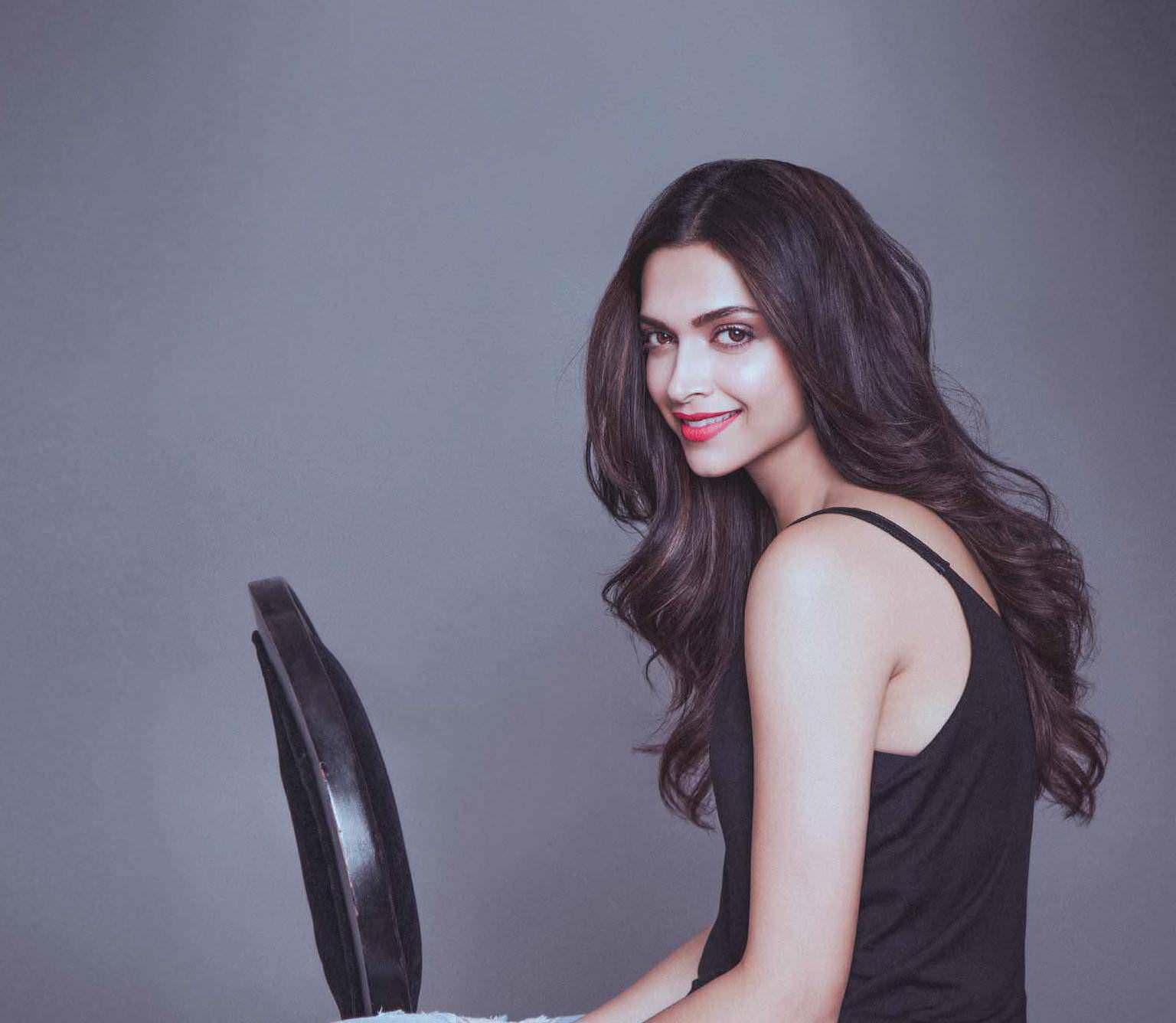 Reigning Bollywood queen Deepika Padukone on her journey to stardom and why she wants to remove the stigma attached to mental illness.

There’s a click at the door as someone steps in. The floor shakes in response and we involuntary shift in our seats. This happens each time someone enters or exits the vanity van through the front door. We’re busy discussing the cost, comfort and utility of such makeshift celebrity homes when the door to the tiny extension where we are seated is opened. First comes a burly fellow with a stern face, who inspects the room. Then another short man lugging a heavy, black suitcase enters, informing us that “Madam is here.”

He is followed by a young woman in ripped jeans, who is carrying two bags from which heavily sequined costumes peek out. Any moment now, we think, as we wait in complete silence. A couple of minutes later, there’s that familiar click at the door again and she walks in. Radiant and astonishingly tall, she’s dressed in a black tank top and same-coloured tights that she’s paired up with white sneakers. She greets us with that million-dollar smile we’ve seen before on the silver screen. Face scrubbed clean of makeup except for a hint of lip colour, she’s every bit the beauty we admire on film reels. Deepika Padukone, the reigning Bollywood queen, settles down on the humble white diwan in front of us. Oft en described as the ‘dream girl’ of the current era, a moniker she earned aft er portraying the character of Shantipriya in her debut fi lm Om Shanti Om, Padukone prefers to describe herself differently: “I am a daughter first, then a sister and a friend.”

The journey to the top has been long and arduous for this 29-year-old Bengaluru girl. It all started with a few advertising campaigns that Padukone featured in at the age of eight. She then got her fi rst break on the small screen in 2004 with the Oof-yu-maa ad campaign for Liril soaps, followed by a Close-Up toothpaste TV commercial. With a fi rm resolve to make it big in the modelling industry, Padukone trained under fashion choreographer and designer Prasad Bidapa. She was noticed by fashion designer Wendell Rodricks, who complimented the aspiring model by saying, “Since Aishwarya Rai, we haven’t had a girl as beautiful and fresh as Deepika Padukone.” In 2005, she made her ramp debut at Lakme Fashion Week. 2006 was the year that the stars aligned, ensuring that Padukone had the right opportunities coming her way, and she wasted no time in making the most of it. She flaunted her dance moves in a music video by Himesh Reshammiya for the song Naam Hai Tera. She earned accolades for her performance in an Indrajit Lankesh-directed Kannada film Aishwarya opposite southern star Upendra. This fresh face then set fi re to the pages of the Kingfisher Calendar 2006. It was here that Bollywood choreographer-turned-director Farah Khan spotted the doeeyed beauty.

Fresh On The Scene