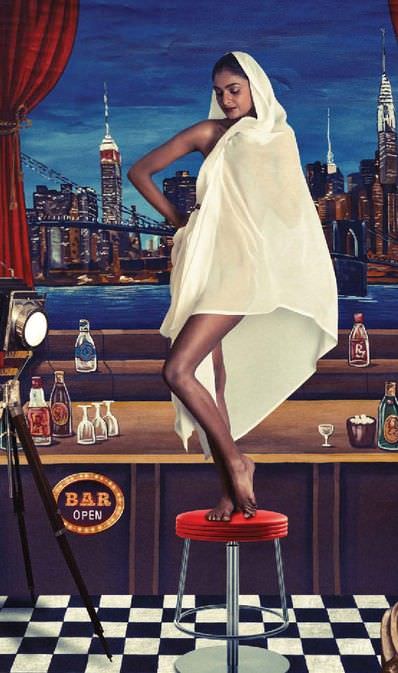 On a warm suburban Mumbai afternoon, in the quiet environs of a hotel lobby, the phone rings to inform me I am late. By a quirk of fate, or faulty mobile reception, it appears a text message informing her availability earlier had eluded my phone. She has been waiting, I figure, for at least 15 minutes. I rush to an ornate elevator, push a key, jab and punch more keys, but it refuses to budge. I run across the lobby, realising I need a keycard. I find the solitary receptionist occupied in a lengthy explanation of a customer’s itemised bill.

Elsewhere people calmly go about their lunches and coffees as hotel and elevator instrumental pieces waft by. But by now, green and red veins have begun to throb all over my temple, and twitching nerves have begun to creep from under my collar. Reading my face, the receptionist, unhurried and condescendingly calm, says in a finishing school-trained cadence, “One moment, sir.”

He lifts the phone and asks for the name of the guest. “Sunny Leone.” Nervous fingers jab at intercom keys. The tips of his mouth curl into a smile. An expectant ear reaches for the telephone receiver.

The next moment, crossing a dark labyrinth of hotel room passageways, somewhere towards the end of the gloomy corridor, I enter a sunlit suite filled with people. There is a publisher, a PR executive, and members of her team. But she is not among them. And then, another door slides open. And a tiny face, hazel eyes framed by brown curls, tilted to 90 degrees, appears. “Thirty seconds?” she asks. Thirty seconds of what? Of interview time, of a sound byte? Nearby, somebody comes to my rescue. “Yeah, that’s okay.” It appears she will be out 30 seconds later.