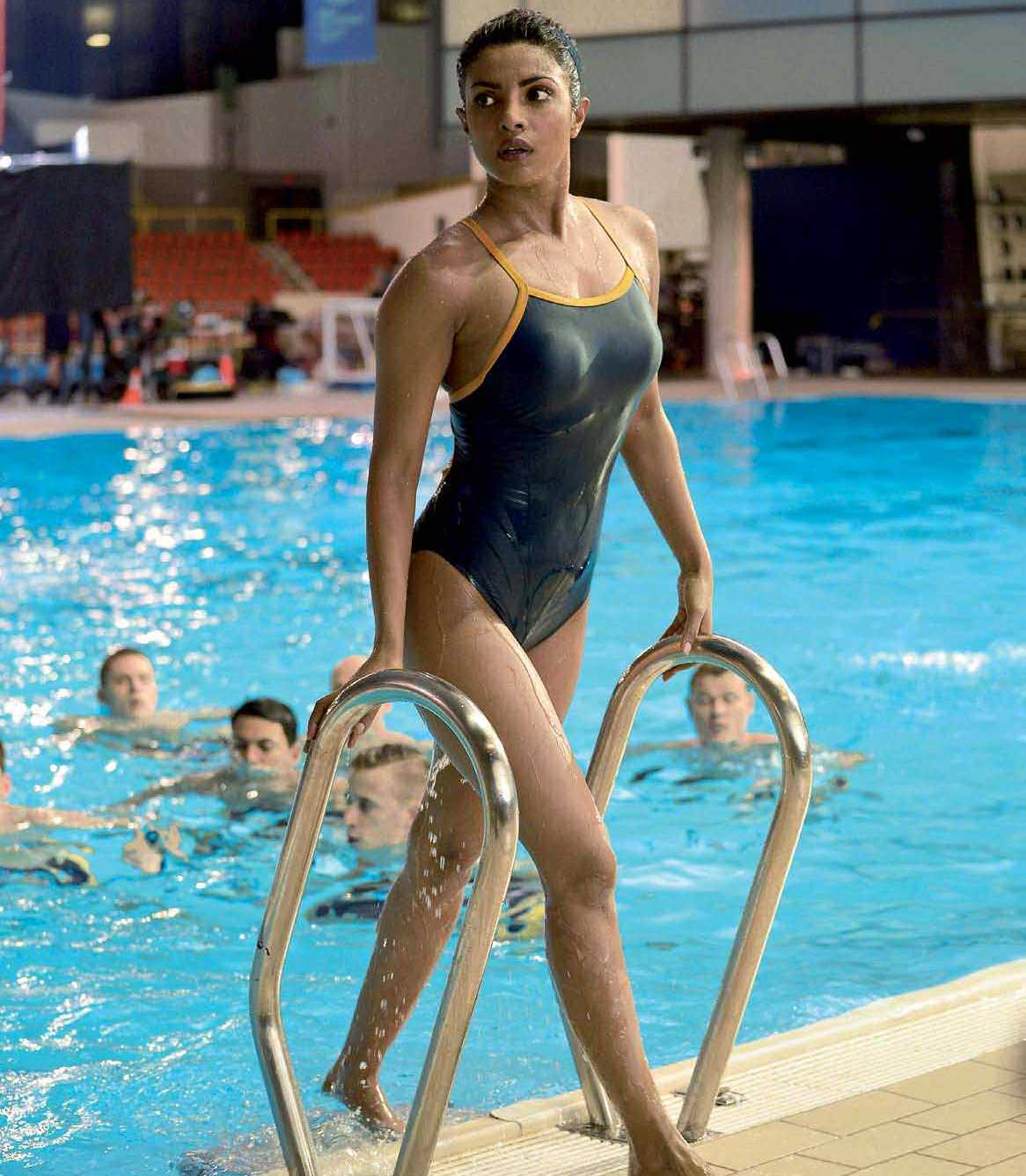 Priyanka tells her story of becoming the bold new Asian face on American television after her sensational Quantico debut.

The ripples started last year. In 2014, Priyanka Chopra made an appearance at the Golden Globe Awards and its after-party in a strapless Burberry dress and a Bibhu Mohapatra. Team Priyanka—her managers and promoters in the US—made it known that the ‘Bollywood star and exotic singer’ was indeed in Beverly Hills. There she was, sashaying down the Hollywood red carpet alongside Julia Roberts, Lena Dunham, Jennifer Lawrence and Tina Fey, in relative anonymity. It was early in the year, the award season had just begun, and even though her presence in Hollywood won her admiring glances, it did not arouse much curiosity.

It’s the fall of 2015 now and Priyanka Chopra, 33, has become an American TV icon. She is the luminously-haired, brown-skinned, accented and luscious Alex Parrish from the three episodes-old ABC drama series Quantico, star trainee of the FBI and someone who is accused of ‘the biggest terrorist attack on American soil since 9/11’. The Hollywood press has fallen in love with Priyanka’s Alex. They are lauding her performance, her charm, her strong female characterisation, and how she stands a cut above the rest of the show’s cast. With this, she joins America’s gilded list of multicultural stars on television, like Taraji P Henson’s Cookie (Empire), Viola Davis’ Annalise Keating (How to Get Away with Murder) and Kerry Washington’s Olivia Pope (Scandal).

And the praise is still pouring in. The New York Times has called Priyanka ‘the strongest human asset in Quantico. Ms Chopra, a Bollywood superstar and former Miss World is immediately charismatic and commanding amid the otherwise generic ensemble. If there is a problem with her casting, it is that she may come across as too seasoned and assured to be persuasive as a shaky, neophyte recruit.’ This almost backhanded compliment is echoed in review after review. Notes Variety: ‘With an arresting lead in Priyanka Chopra, a former Miss World who was born in India, the show races through a lot of material very quickly, which makes it difficult to get a firm handle on where all of this will settle.’ Reviewers all seem struck by how she seems like a beguiling mix of beauty with brains. The New Yorker’s TV critic Emily Nussbaum was impressed enough with the show to write on Twitter, ‘Part of the reason the Quantico pilot works so well is that it’s a massive game of Truth or Dare and I will always watch a TV Truth or Dare…’ She later gushes that Priyanka’s hair is ‘a treasure we don’t deserve.’

She has even had a good run promoting the show. On Jimmy Kimmel Live, she was alluring and self-assured with Kimmel. Statistics wise, the show is doing exceedingly well. Variety reported as many as 6.9 million viewers tuning in for the second episode. This puts Quantico in the league of top-rated shows like CSI and NCIS.