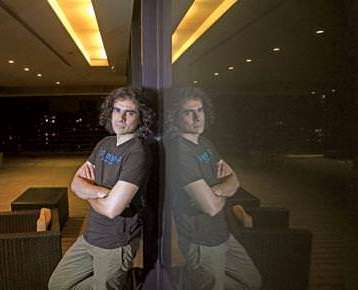 Imtiaz Ali's new film too is a celebration of desire and longing. The filmmaker in conversation with Divya Unny.

ImtIaz alI has always loved telling stories. He distinctly remembers a 14-year-old self nervously standing in the wings of the stage, waiting for his entry. He waited with sweaty palms, a loose tummy and a blank mind—one that would always take a few minutes to switch on even after he was on stage. It was the only place Ali would let go of his shy self. Looking fiercely into the eyes of the audience, he has performed tales of passion, separation, inspiration and, above all, love. “In theatre, the feedback is instant and transparent. They show you where you stand,” he says, trying hard not to be distracted by his constantly buzzing phone. A few days later, on a crowded Saturday night, I spot him outside the screening of his new film, half hiding his face in a baseball cap. Between trying to be inconspicuous and greeting those who walk up to him, he passes his credit card to his daughter who rushes to get some munchies. He’s here with his little girl to watch Tamasha , presumably to gauge the audience response to his latest love story.

“This one has a happy ending, much to the relief of lots of people who hated the ending of Rockstar for being so intensely sad,” he says with a wide smile. A week before Tamasha hit screens, we share a cup of coffee in his Andheri office on the 17th floor of a new building. Dressed in a sober cotton shirt and trousers, sitting back on his couch, he politely asks for permission to reply to a few text messages before we start our conversation. It does not take much to break the ice with Ali, who by now we’d think would have run out of ways to tell a love story.In the valleys of misty mountains, compartments of long-distance trains, roofs of rustic trucks, among blooming sunflower fields, in the gallis of an old dying city, on sun-kissed beaches, in cramped canteens, under a starry sky or on a shaky staircase—Ali finds love stories everywhere. His latest film Tamasha is a heady mix of many of these, and it’s making people talk. “It’s a lot more layered as a love story. It’s a story which tells us that every story is eventually the same. It’s your experience and your perspective that makes it different,” he says.